Island hopping may be what Greece is famous for, but road tripping on the mainland offers you a wealth of options as well. Head southwest, less than 50 miles from Athens, and you enter the Peloponnese, a region filled with rich mythology, varied architecture, stunning beaches, charming villages, and amazing natural […]

Island hopping may be what Greece is famous for, but road tripping on the mainland offers you a wealth of options as well. Head southwest, less than 50 miles from Athens, and you enter the Peloponnese, a region filled with rich mythology, varied architecture, stunning beaches, charming villages, and amazing natural beauty. This is where Hercules fought the Nemean lion, where Paris eloped with Helen of Troy, and where you find the city of Sparta, the adversary to Athens during the Peloponnesian Wars. Here you see Muslim mosques, Mycenaean palaces, and Ottoman, Frankish, and Venetian fortresses. The area offers a span of natural beauty from the mountain lakes of Tsivlou to natural wonders like the Caves of Diros and its underground waterways.

Geographically, the peninsula is connected to the rest of the country by the Corinth Canal and has a landmass of over 8,000 square miles (roughly the size of Massachusetts) divided into seven major regions: Achaea (north), Corinthia (northeast), Argolis (east), Arcadia (center), Laconia (southeast), Messinia  (southwest), and Elis (west). You could easily spend weeks in the Peloponnese without running out of things to see and do. Below are four destinations to get you started.

Nafplio, the first capital of Greece, is situated on the Argolid peninsula in the northeast Peloponnese, 58 miles from Athens. It is most famous for the Palamidi fortress built by Venetians in 1714and the legendary 999 step ascent required to enter this fortress. Set on top of a 709-foot hill, the structure is impressive with expansive ruins of eight self-contained bastions and sweeping views of the Nafplio town and the Argolic Gulf. With a population of over 14,000, the city is lively with a charming Old Town set in winding streets with marbled town squares and plenty of bakeries, bars, restaurants, tavernas, and shops to keep you entertained. Nafplio also offers you the Bourtzi Fortress, a fortress floating in the sea, and Akronauplia, the oldest part of the city, and a town in its own right until the thirteenth century. Akronauplia is one of the many Greek castles you’ll find in the Peloponnese.

Dance with Zorba the Greek in Stoupa (Messinia region)

Writer Nikos Kazantzakis traveled to Stoupa with George Zorbas in 1917, and their time together inspired the story “Zorba the Greek.” Literary fans will be happy to learn the entrance to the mine featured in the tale can still be found on a nearby hillside. The village of Stoupa, 112 miles from Athens with a population of less than 1,000, has beautiful beaches with snorkeling coves and easy access to the Mani peninsula. “The Mani” as it is affectionately called is special—it is the one region of Greece that was never occupied by the Turks partly because of the Maniots’ fierce, tough, warlike character and partly because of the rough inaccessible mountains throughout the area. The region is famous for stone tower houses that were easy to defend. A few places to visit in Mani include the unspoiled beaches around Gythio including Mavrovouni, Valtaki and Selinitsa, and Areopoli, the city named after the god of war Ares, where the Greek War of Independence started. Near Areopoli, you will find the Caves of Diros with unforgettable underground waterways that can be explored by boat.

The medieval fortress of Monemvasia lies 186 miles from Athens with an adjacent town built on a rock nicknamed the “Gibraltar of the East.” Described as one of the most romantic places in Greece, Monemvasia offers you visually stunning images because the Monemvasia fortress and Old Town are built entirely on stone ledges that overlook the sea. The city is divided into Upper Town, featuring the fortress and the Church of Agia Sophia, one of the oldest Byzantine churches in Greece, and Lower Town including the main village with a traditional settlement feel.  The rock island is connected to the mainland by a small bridge giving the land an even more magical feel. Monemvasia town also features an archaeological museum housed in a Muslim mosque. The varied architecture reflects the fact the village had alternately been ruled by Venetians and Ottomans throughout the ages.

Olympia features one of the most important archaeological sites in Greece, the home of the ancient Olympic Games in honor of the god Zeus. Not to be confused with Mount Olympus in northern Greece, this location features the Temple of Hera, the Temple of Zeus, and the ancient Olympic stadium. The site also includes three museums: the Archaeological Museum of Olympia, the Museum of the History of the Olympic Games in Antiquity, and the Museum of the History of Excavations in Olympia. A trip to Olympia is a great way to immerse yourself in ancient mythology and stories of the twelve gods, the mortal heroes and heroines, and their many deeds and tales. Because Olympia is only 11 miles from the Ionian Sea, you can stop for a visit to the site and then head to the beach for a swim.

Road trips are one of the best ways to see the Peloponnese because you can adjust your trip as you go. Make sure you bring an international driving license as Greek car rental agencies generally require one. We’ve explored just four of the many things to see and do in the Peloponnese. You might also like to go olive oil tasting in Kalamata, take in a show at the Theatre of Epidaurus, bathe in the Polilimnio waterfalls, check out the shipwreck at Valtaki, tour the amphitheater of Mystras or visit the kingdom of Agamemnon. This region has something for everyone: athletes, literary buffs, historians, nature lovers, beachgoers, adventures, and poets. Just make sure to take your car because you never know where you’ll find the place you never want to leave…

Fri Sep 25 , 2020
Legislation designed to ensure accommodations for pregnant and post-natal workers passed the House with broad bipartisan support Sept. 17, and federal employees may be especially poised to reap the benefits of the bill, should it become law. The Pregnant Workers Fairness Act protects an employee’s right, whether in the public […] 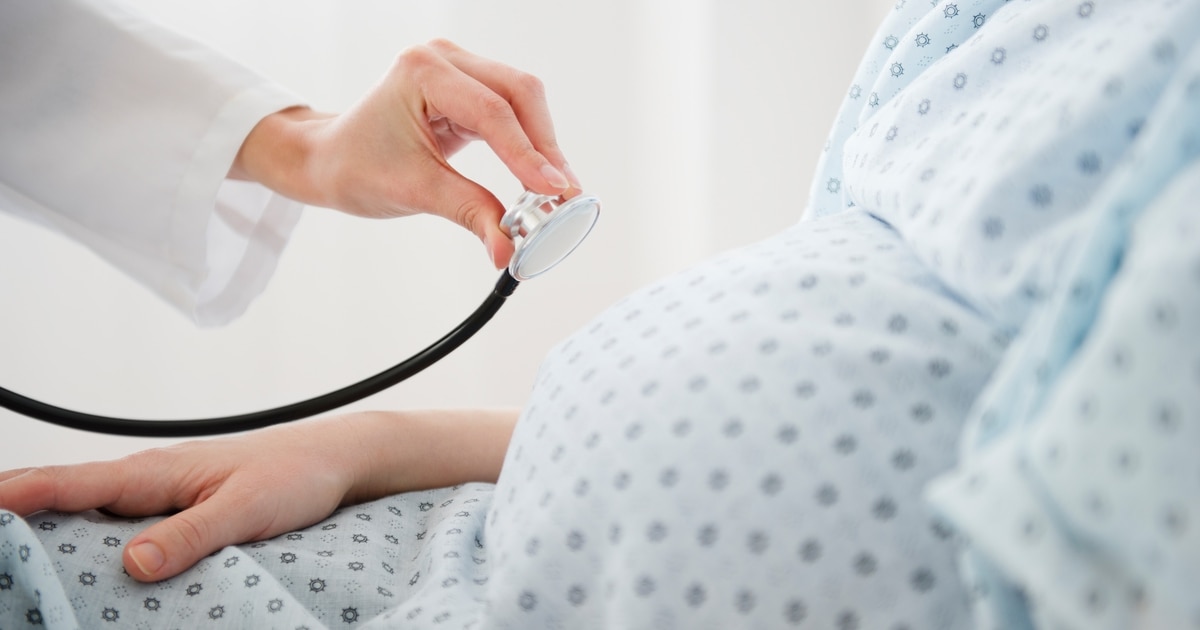