MANILA, Philippines — A Senate panel on Monday moved to defer the approval of the Office of the Solicitor General’s 2021 proposed budget over Solicitor General Jose Calida’s allowances, the office’s fund allocations and its tasks beyond its Charter.

Sen. Sonny Angara, chair of the Senate Committee on Finance, deferred the approval of the budget of the OSG following the motion of Sen. Francis Tolentino who grilled the OSG on its proposed budget.

The Senate panel on Monday deliberated on the proposed budget of the Department of Justice and its attached agencies.

Tolentino started his questions with the allowances of Calida, which he noted, is among the officials who received the most allowances for 2019.

The senator intended to direct his questions to Calida himself, but the solicitor general was unable to attend the hearing, following his doctor’s advice to take a rest.

Tolentino raised that reports noted that Calida is the second to the highest paid government official. He was referring to the COA’s “2019 Report on Salaries and Allowances” or ROSA which showed that Calida was paid a total of P16.952 million last year from P12.469 million in 2018.

(Why did this happen, were there additions, did the budget increase or are are there allowances being distributed by the OSG pursuant to your mandate that went to him?)

Assistant Solicitor General Henry Angeles explained that Calida receives allowances from offices the OSG represents. “It’s provided under the law that strengthened the OSG, Republic Act 9146 and also found in the admin code of 1987,” he added.

But Tolentino raised that there is a COA circular that states that allowances should not exceed 50% of the annual salary, “and apparently there is disconnect here.”

“COA has been asking you to not raise that more than 50%, and apparently the solicitor general has defied the COA memo or circular,” he added.

Angeles said this issue dates from previous administrations of the solicitor general, and they have always appealed this to the Commission. “We have filed a case on their disallowances and as of the moment, they are still pending resolution by the commission,” he said.

He added that there would be reimbursement if the commission finds otherwise.

Tolentino also questioned OSG’s participation on preliminary investigation into complaints. “Is this pursuant to the charter of the OSG? Because from what I know, the participation of the OSG is limited to representing the government on the appellate level,” he added.

Angeles said he is now aware of the OSG’s participation in the preliminary investigation level.

Tolentino did not specify a complaint, but in 2019, an ABS-CBN exclusive report said that personnel of the OSG may have been involved in preparing the complaint against key opposition figures over the “Ang Totoong Narcolist” video series.

Calida said then: “Our mandate under the law is to defend the government, the republic, this is our job.”

Tolento continued: “So there is no basis at all. There should be no basis likewise for the expenditures emanating from government funds because the government now is spending for your preliminary investigation, fact-finding activities, which is outside the mandate of the solicitor general and should not be funded at all by the government because it is outside your mandate.”

Tolentino also raised that the OSG has P24.5-million allocated for travel, and 87.75% of this is meant for foreign travels even if it is likely that there will still be a pandemic next year. “Where will be traveling outside the country?” he asked in Filipino.

Angeles said they are requesting to realign the budget for travel for capital outlay for the improvement of their office.

He added that the OSG has “repeatedly asked” the Department of Budget and Management to reallocate their intelligence funds to capital outlay, also to be spent on the improvement of the building.

Tolentino then asked the Senate panel chair to direct OSG to submit a report on the utilization of the intelligence and travel funds.

Mon Oct 5 , 2020
A private infinity pool, gourmet meals — and two temperature checks a day. Welcome to five-star quarantine in Thailand, where well-heeled tourists can live in luxury while obeying some of the world’s strictest anti-coronavirus measures. After barring visitors for six months, the tourism-reliant country is reopening to a small number […] 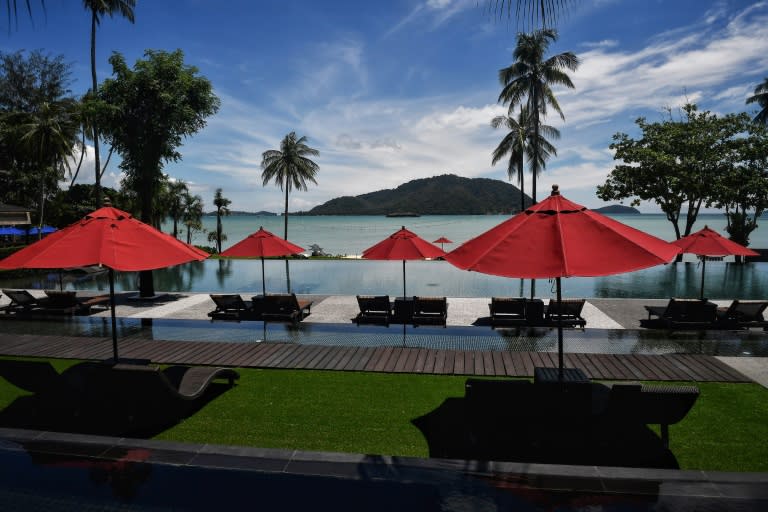