Four months ago, Woodlawn residents fearful of being displaced by the Obama Presidential Center in Jackson Park staged a day-long sit-in outside the mayor’s office to pressure Mayor Lori Lightfoot to deliver the community benefits ordinance she promised during the campaign. They turned up the heat on City Hall in […]

Four months ago, Woodlawn residents fearful of being displaced by the Obama Presidential Center in Jackson Park staged a day-long sit-in outside the mayor’s office to pressure Mayor Lori Lightfoot to deliver the community benefits ordinance she promised during the campaign.

They turned up the heat on City Hall in June by building a tent city in a vacant Woodlawn lot.

On Wednesday, the City Council delivered protections falling far short of those demands.

“Of course I wanted more. The community decided whether I took that deal or not. Not me. The community did not want to walk away with nothing because we weren’t moving when it came to the ordinance. The community groups got frustrated,” said local Ald. Jeanette Taylor (20th).

“This is not my victory. It’s theirs. This was their decision. Not mine. … Of course, I want it all. I come from community organizing. But I understood where they were coming from. They wanted me to sign onto it. So, I did.”

“We got some of what we need. This is a step in the right direction. But it’s not enough to make sure that gentrification doesn’t consume our community,” Taylor said.

“We definitely wanted more money in creating affordable housing and helping more homeowners … Remember, they’re coming to the community because of the [Obama] foundation. They know what’s coming. They didn’t want to become our neighbors before. Now it’s cool to come to our community. So you should pay, and that payment should be in a trust that allows them to help more homeowners and protect some of the folks who own property in the ward. That didn’t happen.”

The compromise Taylor agreed to is known as the Woodlawn Housing Preservation ordinance.

It sets aside $4.5 million for an array of affordable housing programs in the neighborhood surrounding the Obama Presidential Center and establishes affordability requirements for 30 percent of new housing units built on 52 of the 208 vacant Woodlawn lots owned by the city.

The city will offer more financial assistance to landlords who agree to purchase or refinance multi-family resident buildings and maintain those units as affordable for 30 years.

New owner-occupied homes are to be built on half of the city lots. The other half go to rental units.

A $1 million repair fund allows Woodlawn residents who earn no more than 120 percent of the area’s median income and have owned their homes for at least five years to apply for $20,000 grants. Another $500,000 would help local residents purchase their homes.

A so-called “right-of-first-refusal” gives Woodlawn renters an opportunity to purchase their buildings before landlords put them up for sale. If the building has 10 or more units, owners are required to wait 30 days before listing the property for all comers. Then, tenants have 90 days to make a valid offer.

After the vote, Lightfoot thanked Taylor and Ald. Leslie Hairston (5th) for their hard work and advocacy. Although negotiations got tough, the mayor said, “We’ve gotten to the right place.”

Hairston agreed, adding: “This has been a long time coming, but this is the right direction to go.”

The Obama Community Benefits Agreement Coalition issued a statement calling the ordinance “one of the most significant and aggressive affordable housing policies won in Chicago’s recent memory” and saying it “has the potential to stop the displacement of thousands of low income and working class Black residents who live near the future Obama Presidential Center.”

Last month, a federal appeals court dealt another blow to efforts to stop the Obama Presidential Center from being built in Jackson Park.

The 7th U.S. Circuit Court of Appeals affirmed much of a U.S. District Court ruling which had tossed the lawsuit, filed by Protect Our Parks against the Chicago Park District and the city.

The appeals court’s decision means the Obama Foundation is steps closer to breaking ground for the Obama Presidential Center, planned for 19.3 acres in the park, which is listed on the National Register of Historic Places.

Even before the groundbreaking, signs of gentrification are all around Woodlawn. In the last four years alone, median sale prices have more than doubled.

Also on Wednesday, the City Council agreed to tighten regulations on Chicago’s home-sharing industry that Lincoln Park Ald. Michele Smith (43rd) and downtown Ald. Brendan Reilly (42nd) have long complained are too weak in an industry dominated by Airbnb that was booming before the coronavirus pandemic.

To crack down on party houses, the police superintendent and the commissioner of the city department of Business Affairs and Consumer Protection are now allowed to lift the moratorium on single-night rentals — but only when they believe it is safe.

Instead of limiting vacation rentals to primary residences, Smith was forced to settle for a measure that would allow most of the city to opt out of vacation rentals through a petition process similar to the one that allows residents to vote their precincts dry.

“Short-term rentals have really proved to be bad neighbors. We hope that this will help bring that chapter to a close along with all the new enforcement mechanisms and the city taking control over licensing and administration,” Smith said, arguing that she got “almost everything we wanted.”

What It's Really Like To Take A Beach Vacation During Coronavirus

Sat Sep 26 , 2020
I’m a professional travel journalist, but the coronavirus pandemic has definitely curtailed my wanderlust. After the lockdowns began in my home of New York City (the one-time COVID epicenter), I canceled all my future trips and carefully sheltered in place for months on end. But after quarantine measures began to […] 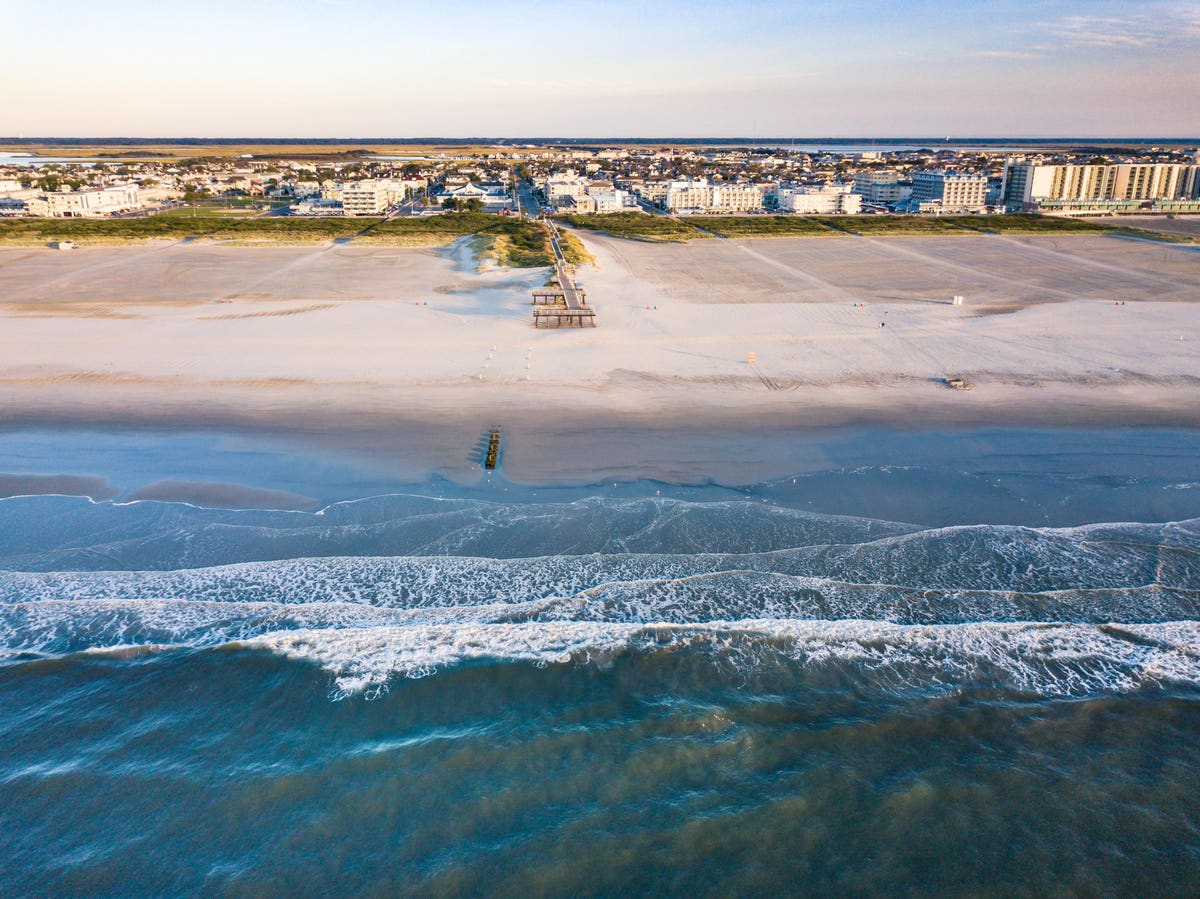