SINGAPORE: Budget airline options on long-haul routes will decline significantly for at least the next few years, impacting air fares in popular markets such as Southeast Asia-Australia and Europe-North America once international travel resumes following COVID-19.  Long-haul, low-cost is a relatively small segment of global air transport but in recent years […]

SINGAPORE: Budget airline options on long-haul routes will decline significantly for at least the next few years, impacting air fares in popular markets such as Southeast Asia-Australia and Europe-North America once international travel resumes following COVID-19.

Long-haul, low-cost is a relatively small segment of global air transport but in recent years grew rapidly, particularly in Asia, with profound economic impact as flights of over five hours became more affordable.

However, it was hardly all rosy for the segment as almost all its operations were already unprofitable in 2019.

COVID-19 has brought an even bleaker outlook for this segment as the prospects for achieving profitability become more challenging – even in a five-year timeframe.

Consequently, long-haul, low-cost airlines will have to restructure or even shut down.

One, Thailand’s NokScoot, already decided in late June to cease operations and liquidate.

A joint venture between Nok and Singapore Airlines’ low-cost subsidiary Scoot, NokScoot was operating seven Boeing 777 aircraft to North Asia and India prior to COVID-19.

READ: Commentary: What my first flight in four months told me about the future of travel

NokScoot was one of a handful of low-cost carriers (LCCs) that was focused entirely or nearly entirely on long-haul routes and operating only widebody aircraft.

Roughly 80 per cent of this fleet is now grounded and the small number of aircraft operating are mainly carrying cargo.

While COVID-19 has devastated the entire airline industry, long-haul LCCs have particularly been impacted as they rely on a market segment that has had virtually no demand since late March.

Most short-haul LCCs have large domestic operations, which have partially recovered in recent months.

Short-haul international travel also has resumed in some regions, particularly Europe, while restrictions continue to impede long-haul travel with the exception of limited one-way repatriating traffic.

There were over 5,000 narrowbody aircraft operated by LCCs prior to the pandemic and only around a third of this fleet is currently grounded – a more manageable figure compared to the approximately 80 per cent of grounded widebodies.

Air Canada Rouge has phased out its entire widebody fleet of 25 Boeing 767s, which were used to serve about 20 destinations in Europe and South America, and plans to only operate narrowbodies when it resumes services in the future.

Norwegian has resumed limited short-haul flights within Europe using narrowbodies but does not intend to resume any long distance flights until at least the summer of 2021.

Norwegian was operating 32 Boeing 787 widebody aircraft prior to the pandemic from bases in six countries – France, Italy, Norway, Spain, the UK and the US.

Norwegian began long-haul flights in 2013, when it took delivery of its first Boeing 787 aircraft, and has since pursued rapid expansion in this segment, focusing almost entirely on the transatlantic market.

Singapore was dropped in January 2019 and its only other Asian destination, Thailand, was reduced prior to COVID-19.

Norwegian was already struggling before COVID-19, which forced a major financial restructuring in May that included almost all of the airline group’s equity being handed to creditors and a government loan guarantee from Norway.

Norwegian recently warned it will need another bailout to survive.

Even if Norwegian again averts bankruptcy, its long-haul operation – which has always been unprofitable – may never resume.

READ: Commentary: Here’s how Singapore can take the reins of opening up travel bubbles safely

Norwegian was the second largest widebody LCC after AirAsia X, which was operating 39 Airbus A330 aircraft as of the beginning of 2020 including 24 in Malaysia, 13 in Thailand and two in Indonesia.

AirAsia X was established in 2007 as an arm of AirAsia and the two companies have had separate stock exchange listings since 2013.

AirAsia X initially only operated in Malaysia before launching affiliates in Thailand and Indonesia, where AirAsia also has short-haul affiliates, in 2014.

AirAsia X had about 40 scheduled routes prior to COVID-19: 28 from Kuala Lumpur, 10 from Bangkok and two from Osaka.

Only charters have been operating from Indonesia since early 2019, when the Indonesian affiliate suspended scheduled flights.

During the pandemic, AirAsia X has been operating a small number of passenger charter flights – only 2,600 passengers were carried in the second quarter – and cargo charters.

It aims to resume scheduled flights in 2021 contingent on securing new capital, which it needs to survive.

However, several investment firms do not expect AirAsia X will be able to succeed at raising capital given its extremely weak financial position – it has not been paying some of its aircraft leases for nearly a year – and the overall bleak outlook.

READ: Commentary: Airlines will need to review their fleets to boost passenger confidence and demand

A takeover by its bigger sister was considered a possibility but AirAsia X recently stated that there would be no support from AirAsia, which has also been struggling although it should be able to raise the capital needed to survive.

A collapse of AirAsia X would represent a huge overall setback for the long-haul low-cost segment given it is considered the pioneer of the model along with Jetstar.

Australia-based Jetstar launched long-haul operations in 2006 and operated 11 Boeing 787s prior to COVID-19.

Jetstar, which also has a large short-haul operation with bases in four countries throughout Asia Pacific including Singapore, has not grown its long-haul operation in recent years but has remained an important competitor in this segment.

Australia has been one the world’s largest long-haul low-cost markets for over a decade.

LCCs flew around 5 million passengers on long distance routes to or from Australia in 2019, capturing around 15 per cent of Australia’s total long-haul market.

AirAsia X was one of five foreign LCCs serving Australia prior to the pandemic along with Scoot, Cebu Pacific, Beijing Capital and Citilink.

It could be several years before Australia, which has shut its borders until at least mid 2021, again has 5 million long-haul, low-cost passengers.

The economic implications for Australia will be significant given that LCCs often attract a different group of passengers than full service airlines, bringing in visitors that would otherwise not travel to Australia.

Malaysia and Thailand each had around 5 million passengers in this segment in 2019.

Singapore was slightly smaller but its long-haul, low-cost status could grow as rival hubs downsize.

With 20 Boeing 787s, Singapore-based Scoot was the fourth largest widebody LCC prior to the pandemic but is likely to now become the largest.

SCOOT COULD FOCUS ON SHORT HAUL

Scoot has the benefit of being fully-owned by Singapore Airlines, which has strong support from main investor and sovereign wealth fund Temasek Holdings and has raised more new capital than any other airline group in Asia.

READ: Commentary: The outlook for Singapore Airlines has gone from bad to worse

However, Scoot is also restructuring and will focus more on its regional international routes over the next few years as the short-haul segment is expected to recover faster.

Prior to the pandemic, Scoot was operating the longest LCC route in the world – Singapore to Berlin.

While Berlin and Scoot’s other European destination Athens should resume eventually, it could be a few years before it returns to Europe and even longer before it revisits European expansion plans.

Scoot’s Australia and North Asia routes will resume sooner – a few are already operating but with very limited frequencies – and should recover faster once borders reopen.

The long-term prospects for long-haul low-cost remain bright, particularly for routes of five to eight hours within Asia Pacific, but several of the pre-COVID competitors may not be able to survive the prolonged downturn.

Ultimately new competitors will emerge, filling the void left by some of the pioneers.

For example, AirAsia could fill any void left by AirAsia X with A321LR and A321XLR aircraft on five to eight-hour routes.

While I still see a bright future from 2024 or 2025, in the interim there will be some dark years of very few long-haul low-cost flights.

The model was hardly proven prior to COVID and will now have to overcome even bigger questions about its long-term survivability.

Brendan Sobie is the founder of Singapore-based independent aviation consulting and analysis firm Sobie Aviation. He was previously chief analyst for CAPA – Centre for Aviation.

Tue Sep 22 , 2020
By Victoria Klesty, Terje Solsvik OSLO (Reuters) – Norwegian Air NORR.OL aims to secure funding this year for the next 18 months or more to see it through the COVID-19 pandemic, the budget airline said on Friday after reporting first-half losses of $610 million (459.61 million pounds). The company will […] 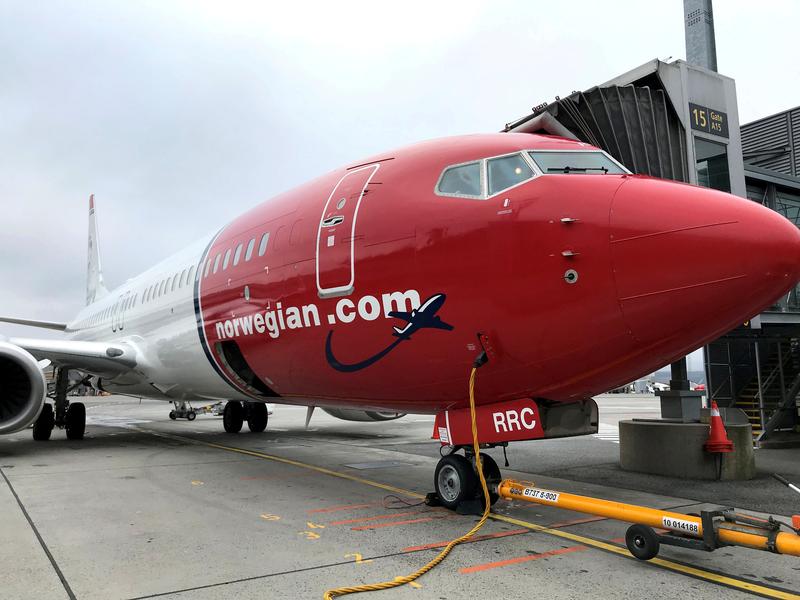