One of the country’s most successful publicans has branded the Government’s shutdown of Dublin pubs as “absolutely bonkers” because punters would now travel outside the capital to socialise. Louis Fitzgerald, who operates 24 bars, hotels and restaurants across the country and employs hundreds of workers, also described it as his […]

One of the country’s most successful publicans has branded the Government’s shutdown of Dublin pubs as “absolutely bonkers” because punters would now travel outside the capital to socialise.

Louis Fitzgerald, who operates 24 bars, hotels and restaurants across the country and employs hundreds of workers, also described it as his biggest heartbreak in his 50 years in hospitality.

The veteran businessman told the Irish Independent that pubs and restaurants had been treated “very badly” by the Government – which he said was to blame for an increase in house parties.

For the next three weeks, pubs in the capital cannot serve indoors while so-called ‘wet pubs’ across the country can reopen from today.

Speaking from the Roost bar in Maynooth, Co Kildare, one of his few premises to remain fully open, Mr Fitzgerald said more notice should have been given to prepare for the new restrictions in Dublin.

“The first lockdown, OK, it came at very short notice and cost us an awful lot of money with half a day of notice,” he said.

“But being told at 6pm last Friday evening that Dublin was closing down. Most of my business is in Dublin, restaurants, bars, etc. To be informed at 6pm, or thereabouts, we were being closed down is absolutely bonkers in terms of running a business. That decision could have been made on the Monday previously and given everybody a chance.

“In my 50 years in business, it was the biggest heartbreak I had, last Friday evening with Dublin being locked down for a second time, and the way the hospitality industry got treated. It was a shambles.

“Sometimes I wonder how smaller family premises, how many of them are going to survive if this is going to ­continue, shutdown after shutdown.”

“Kildare was shut down a few weeks ago, now Dublin is shut down. Now you have customers coming from probably Dublin out to Kildare,” he added.

One of his operations managers for Dublin and Kildare, Damien Kelly, said that over the weekend people from the capital travelled to the ­Kildare pub.

“I was around all the pubs last night. I started in Tallaght where we had no one in the pubs. I went in to The Penny Hill (in Lucan), probably one of the most successful pubs we’ve had in the west Dublin area. It was heartbreaking to go in and see it (empty).

“I got into the car and drove five minutes to Maynooth and the place was alive, restaurants were busy, every pub in the town was busy.

“There were a lot of familiar faces that I recognised, not from Maynooth. A lot of Palmerstonians, Lucan people here – that was their solution to the problem thrown at them.”

Licensed premises in the capital can offer takeaway or outdoor dining for 15 people.

Mr Fitzgerald said this decision was “bonkers” because businesses would lose money in such a scenario.

He said licensed premises were offering a controlled environment in the capital, which had now been taken away – and this had led to a rise in house parties.

“The Government, in the way they have managed the whole setup, they are the people that have created house parties.”

Many of the Fitzgerald group’s most popular pubs – including the Poitín Still, the Old Mill and the Penny Hill – remained open in recent months after adhering strictly to health guidelines but are now operating only limited services. One that remained closed until last week was Kehoes on South Anne Street.

Mr Fitzgerald said: “I was holding on, and holding on in terms of we haven’t been doing food there before, marginal food. And then I decided, I got so fed up with the whole setup of how the Government were treating us about a week ago, and I got a pizza oven into it.

“We were serving pizza and pints. It was hugely popular trading very nicely, very steady and in compliance. Everyone was so happy for the week, and suddenly last Friday it closed.”

Meanwhile, John Brennan (82), who runs the Kilteel Inn, in Kilteel, Co Kildare, told the Irish Independent he was “thrilled” to be reopening for business on Thursday after six long months of closure.

“The pub is a really important part of my life and I missed it so much,” Mr Brennan said.

“My customers and staff are like family to me. I lost my wife, Máire, last year. And my family are all grown up.”

“I love meeting with people. Unfortunately, because of my loss, I was isolated. The interaction with my staff and customers is very important to me,” he explained.

“The pubs all closed on my birthday in March, so I started growing a beard, thinking I’d stop when my pub opened up again.”

The former Garda sergeant said: “I have carried out major alterations to open the pub and hopefully we keep this damned virus away.” 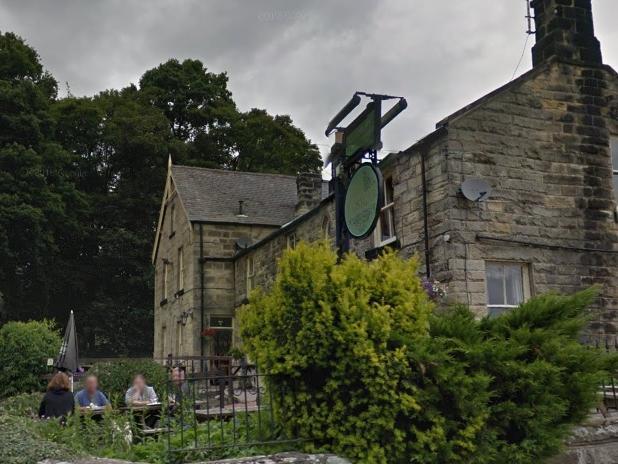