© Provided by Daily Mail MailOnline logo A popular YouTuber has created the first functioning lightsaber, using propane gas burning at around 4,000°C to create a retractable plasma beam. Canadian James Hobson, known as ‘the Hacksmith’, has a following of ten million subscribers and works on turning popular science fiction items into […]

A popular YouTuber has created the first functioning lightsaber, using propane gas burning at around 4,000°C to create a retractable plasma beam.

Canadian James Hobson, known as ‘the Hacksmith’, has a following of ten million subscribers and works on turning popular science fiction items into reality.

Inspired by a love of Star Wars, he has previously made various lightsabers, but wanted to produce ‘the world’s first, retractable, plasma-based’ version.

© Provided by Daily Mail
Canadian James Hobson, known as ‘the Hacksmith’, has a following of ten million subscribers and works on turning popular science fiction items into a reality. He claims to have built ‘the world’s first, retractable, plasma-based lightsaber’


For this, the internet-famous engineers used liquid petroleum gas, a fuel tucked away in many sheds and often used to power barbecues.

This is stored in a custom-built backpack, and travels to the device along a tube, making the build more akin to an early-generation ‘proto-saber’ than the weapons wielded by Luke Skywalker and Obi-Wan Kenobi.

Those backpack-free designs are currently beyond the reach of our technology, as they would require D-sized batteries capable of churning out more power than a nuclear power plant, Mr Hobson says.

© Provided by Daily Mail
Popular YouTuber ‘the Hacksmith’ has created the first ever functioning lightsaber (pictured) which creates a retractable plasma beam using propane gas which burns at around 4,000°C.


© Provided by Daily Mail
While the steampunk aesthetic (pictured) and casing was designed and built in-house, a suitable nozzle was purchased off-the-shelf for the hefty price of $4,000


Speaking in his video, which has been viewed almost ten million times, Mr Hobson says: ‘How the heck do you build a plasma-based lightsaber?

‘Well, theories say that plasma is best held in a beam by a magnetic field, which, scientifically, checks out.

‘The issue is producing a strong enough electro-magnetic field to contain a blade, well the lightsaber would have to be quite literally built inside a box coated in electromagnets, which turns it into a kind of useless science project.’

Therefore, instead of making this, Hobson and his team of three staff — Dave Bonhoff, Ian Hillier and Darryl Sherk — looked for alternatives and settled on liquefied petroleum gas (LPG), or propane, as a fuel.

Laminar flow is a physical phenomenon when a type of fluid (gas or liquid) travels smoothly or in regular paths.

It is the opposite of turbulent flow, in which the fluid undergoes irregular fluctuations and mixing.

In laminar flow, sometimes called streamline flow, the velocity, pressure, and other flow properties at each point in the fluid remain constant.

Laminar flow over a horizontal surface may be thought of as consisting of thin layers, or laminae, all parallel to each other.

The fluid in contact with the horizontal surface is stationary, but all the other layers slide over each other.

The liquid fuel is mixed with oxygen and turned into a superheated beam of plasma via laminar flow, a physical phenomenon which allow liquids to flow smoothly.

‘We need a large array of laminar flow nozzles to create highly concentrated flow of gas to create a plasma beam,’ Hobson says in the video.

Such nozzles already exist in specialised industry, such as glass blowing, saving the team the expense and difficulty of building one from scratch.

While the steampunk aesthetic and casing was designed and built in-house, a suitable nozzle was purchased off-the-shelf for the hefty price of $4,000.

With some fine tuning and careful tests, a plasma jet was produced from LPG which was the same diameter and length as the iconic lightsaber beam.

And, unlike previous attempts to create real-life lightsabers, which often use a metal rod as a core, it is fully retractable and can still cut through tough materials, such as sheet steel.

The beam of gas can also change colour from its original white with the addition of various chemicals.

This is a version of a popular school experiment which involves burning solid metallic salts.

For example, adding sodium chloride (table salt), turns the beam yellow, similar to the colour of the one used by Rey in Star Wars: The Rise of Skywalker.

Southwest Airlines to Challenge Rivals at O’Hare and in Houston 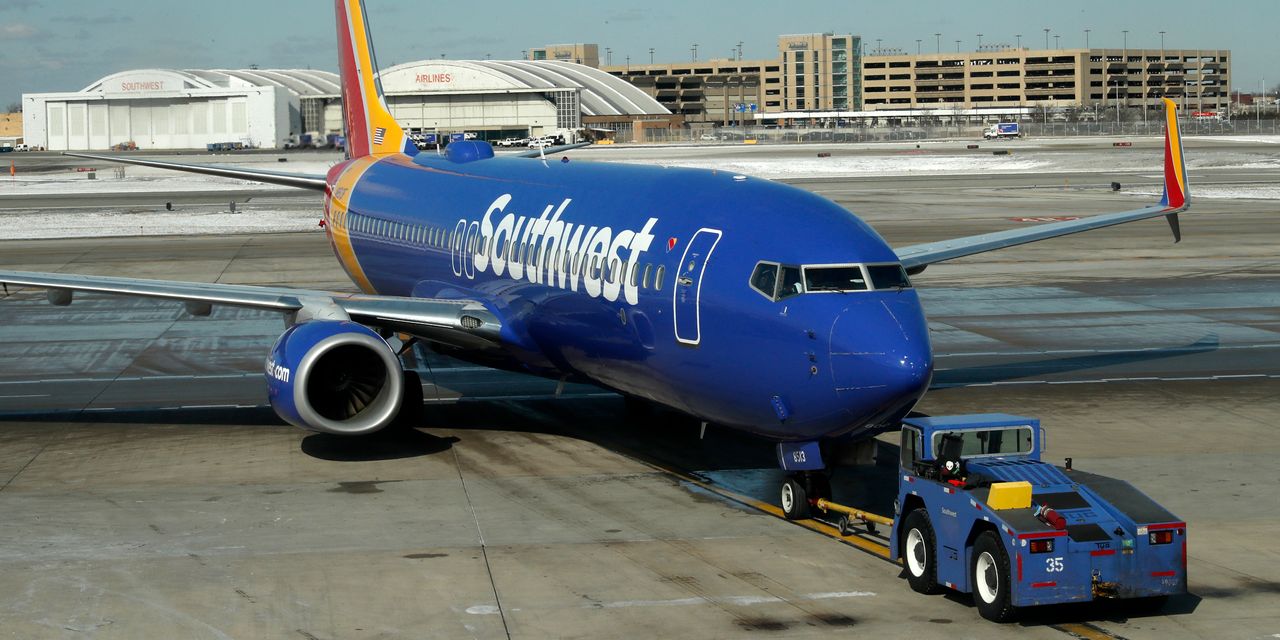