Listen to the Podcast Episode Horrible Imaginings Film Festival kicks off its online event tonight with the double feature of “The Brain That Wouldn’t Die” from 1962 as well as its remake from this year. The festival is dedicated to horror, sci-fi and fantasy genre films. Aired: September 1, 2020 […]

Listen to the Podcast Episode

Horrible Imaginings Film Festival kicks off its online event tonight with the double feature of “The Brain That Wouldn’t Die” from 1962 as well as its remake from this year. The festival is dedicated to horror, sci-fi and fantasy genre films.

Horrible Imaginings Film Festival kicks off its online event Tuesday night with the double feature of “The Brain That Wouldn’t Die” from 1962 as well as its remake from this year. The festival is dedicated to horror, sci-fi and fantasy genre films.

For full disclosure, I have been working with Horrible Imaginings Film Festival since its inception a decade ago here in San Diego. I responded to a social media post by Miguel Rodriguez where he said he was new in town and wanted to start a horror festival and was anyone interested. Being a horror fan I naturally responded and asked how could I help.

Listen to this story by Beth Accomando.

Over the years the festival has grown and sadly had to leave San Diego. Costs of venues prompted Rodriguez to move the event to The Frida Cinema in Orange County and this year the pandemic has forced it to move online.

But since Rodriguez’s day job at UC San Diego involves finding best practices for online teaching, he’s been able to apply some of what he’s discovered there to running a film festival online. Plus, he ran a smaller online event, Campfire Tales, earlier this summer that allowed him to gather data and test some ideas. He also considered what is it that audiences are expecting from a virtual film festival.

“The Last Days of Spicy Jack”

“What do they want? And also what can we offer filmmakers if we can’t offer them like in-person networking opportunities or chances to connect with the audience in the same room?” Rodriguez asked. “So I’ve been trying to build opportunities for community building in the virtual environment and I’ve had to let some things go. There is a segment of the audience who are fine just watching things at home and like the flexibility of being able to watch it whenever they want. And then there are also a segment of the audience who want this to kind of mirror the festival experience and watch it the same time as their friends and be able to talk about it at the same time. So, I have combined the two. I have a schedule that has suggested what we’re calling co-watch periods where we’re talking to the audience. We have a Zoom for the festival audience, a special Zoom meeting that we’re calling the lobby where they can come and get tech support and hang out and talk about what they saw.”

Feature films become available at selected start times and you can watch them during a 24-hour period. Short film blocks, however, will be available for audiences to enjoy for a full week. You can purchase virtual tickets to single features or blocks or a festival pass to enjoy everything.

While Rodriguez insists the festival is about building communities and meeting in person there are some benefits to the online experience.

“It’s all just about building opportunities to connect over what we saw and building opportunities where people can on their own collaborate and coordinate and watch at the same time and live Tweet about it and write reviews on Letterboxd. One of the nice things about the virtual space is a person can with one click of a button now say, ‘I really liked this short film “Lenses.” I want to share it with Twitter.’ And they can just click the Twitter button and push it out. And that’s not really something you can do very easily in person. You don’t really want your phone out in the middle of the movie. So you could definitely do that now. And I’m encouraging that.”

The festival’s mission is to show the diversity of the horror genre and to expand the audience for it as it amplifies the voices of filmmakers. But as we look out at a world in which we are sheltering at home because of a pandemic, witnessing police brutality and social unrest on an almost daily basis, and coping with just general anxiety, the question comes up, can horror help at times like this?

“It’s a question I’ve been asking myself these last few months as I have struggled myself both emotionally and psychologically and also with my health as we try to make it through locked down in a safe way,” Rodriguez said.

“And I feel like society is eroding around us, so I found myself recently kind of questioning my role as a film festival director and why I’m doing this and how I can keep it up when I still see people being shot by the police and protests happening and counter protesters arriving with automatic weapons. And, you know, the world seems just awful right now. You will hear from people who don’t watch horror movies, and you hear this all the time, ‘Why would you want to watch this? The world is scary enough.’ And to some degree, I understand why they’re asking that. But my answer has always been: I want to watch it because the world is scary enough. Like the purpose is to express these feelings, get them out there and also share them and let it be like a way to have conversations with people about things that are uncomfortable. You know, for me, it serves the purpose of exorcizing dark feelings and providing that moment where it’s an opportunity to have conversations about things that are not comfortable and it shouldn’t be comfortable. This is not a comfortable genre. So I think that that’s the purpose it serves is. Putting our fears on display and letting us kind of pick them apart.”

I will have my full interview with Rodriguez on Cinema Junkie podcast Wednesday along with a full review of the films online.

Horrible Imaginings Film Festival kicks off Tuesday night with “The Brain That Wouldn’t Die” double feature and closes on Monday night with “Hail to the Deadites,” a documentary about the dedicated fan base of the “Evil Dead” films and the character of Ash created by Bruce Campbell.

There are nearly 30 hours of film programming to choose from plus many panel discussions following features and shorts blocks.

I cover arts and culture, from Comic-Con to opera, from pop entertainment to fine art, from zombies to Shakespeare. I am interested in going behind the scenes to explore the creative process; seeing how pop culture reflects social issues; and providing a context for art and entertainment.

Rams travel across the country for matchup with the Bills

Mon Sep 28 , 2020
ORCHARD PARK, N.Y. (WKBW) — When the NFL schedule was first released, plenty of Buffalo Bills fans circled the Week 3 matchup against the Los Angeles Rams as the first real test of the season. While it was no walk in the park, the Bills handled their business in the […] 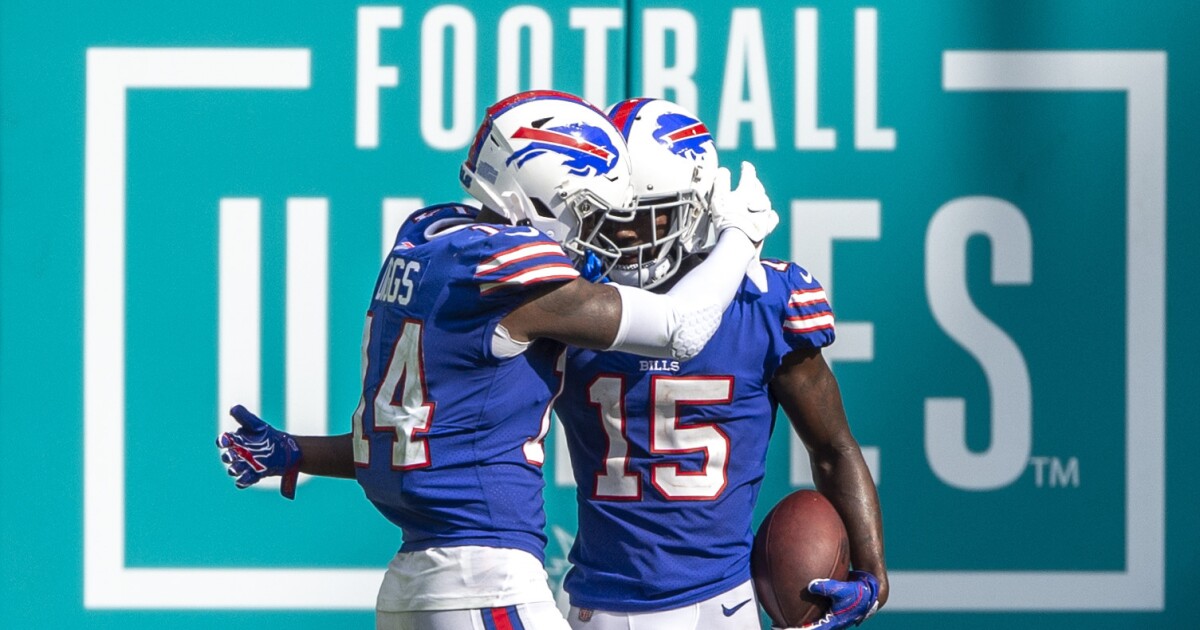