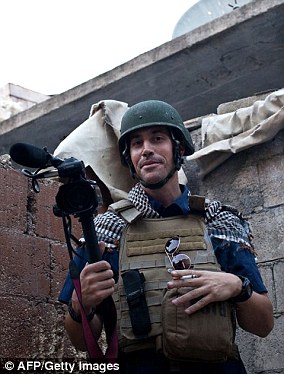 James Foley, from Illinois, USA, was a journalist who first went missing in November 2012

James Foley, from Illinois, in the US, was a journalist who first went missing in November 2012.

On his way to an internet cafe,  while reporting for the GlobalPost, he had been taken hostage at gunpoint by militants from the group Jabhat al Nusra in Taftanaz, northern Syria.

Jabhat al Nusra subsequently joined forces with ISIS – which did not exist in anything like its current form when Mr Foley was taken.

Mr Foley joined other prisoners, who were European and British, in the ISIS prison and despite attempts to rescue him, he was eventually murdered by his captors.

His fellow prisoners spoke kindly of Foley, who called people ‘Bro’ and never argued over shortages of food, despite meagre rations equating to cup of food-a-day, often sharing his portion and his blanket.

Mr Foley often made efforts to maintain prisoners’ morale, persuading them to play games and to give talks on their favourite subjects.

He even organised a ‘Secret Santa’ during Christmas 2013, encouraging hostages to make gifts out of whatever they could find.

ISIS posted his execution video, titled ‘A Message to America’ to social media as proof of his death.

In scripted remarks before his killing, kneeling in an orange jump suit, he said: ‘I wish I could have the hope of freedom and seeing my family once again.

‘But that ship has sailed. I guess all in all I wish I wasn’t American.’

‘The guy lit up a room’: US freelance journalist who was an avid rugby player 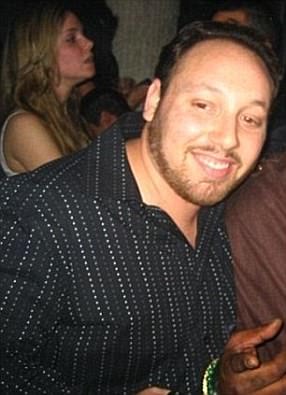 Steven Sotloff, 31, from Miami, who freelanced for Time and Foreign Policy magazines, vanished in Syria in 2013

US journalist Steven Sotloff, 31, vanished in Syria in August 2013.

Mr Sotloff was not seen again until he appeared in a video released online by ISIS on August 2014, that showed James Foley’s beheading.

In a second clip, published weeks later, entitled ‘A Second Message to America,’ Mr Sotloff appeared in a orange jumpsuit before he is beheaded by an Islamic State fighter.

The grandson of Holocaust survivors, Mr Sotloff grew up Miami, before attending the Kimball Union Academy boarding school in New Hampshire before studying at the University of Central Florida.

While at Kimball, Mr Sotloff was an avid rugby player and on moving to UFC began working for the student newspaper there, the Central Florida Future.

He left this paper in 2005 and began to pursue his dreams of journalism full time.

‘The guy lit up a room. He was always such a loyal, caring and good friend to us,’ former roommate Josh Polsky told the New York Times.

‘If you needed to rely on anybody for anything he would drop everything on a dime for you or for anyone else.’

Sotloff travelled to the Middle East as a freelance journalist and wrote reports from Bahrain, Egypt, Libya, Turkey and Syria.

He often had pieces in Time and Foreign Policy magazines.

‘A million people could have told him what he was doing was foolish, as it seemed to us outsiders looking in, but to him it was what he loved to do and you weren’t going to stop him,’ his friend, Emerson Lotzia, said.

‘Steve said it was scary over there. It was dangerous. It wasn’t safe to be over there. He knew it. He kept going back.’

British taxi driver who volunteered as an aid worker 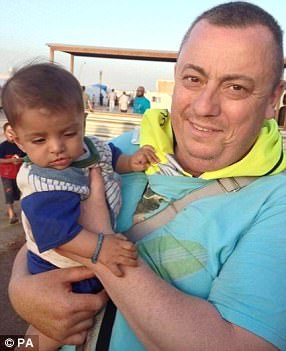 Alan Henning, a father-of-two, was kidnapped on Boxing Day 2013 as he delivered aid to Syrian refugees

Alan Henning, a father-of-two, was kidnapped on Boxing Day 2013 as he delivered aid to Syrian refugees.

The taxi-driver, from Manchester, was kept hostage until he was beheaded by Jihadi John on video in October 2014.

Before he was killed, Mr Henning was forced to tell the camera that he was being murdered in retaliation for parliament’s decision to attack ISIS.

Originally from Salford, he had seen the suffering first hand during a life-changing visit to a refugee camp, which inspired him to help the innocents whose lives were being wrecked by the conflict.

After volunteering with a Muslim charity, the 47-year-old agreed to drive 3,000 miles in a convoy of old ambulances to help the aid effort and take much-needed medical supplies to hospitals in the northern Syrian province of Idlib.

Known as ‘Gadget’ to friends and family for his fondness for technology, Mr Henning had been washing cars in the UK to raise money for donations before setting off on his fourth visit to the country.

He travelled with eight others from charity Al-Fathiha Global, who intended to deliver vital equipment, including NHS ambulances packed with baby milk, nappies, food and defibrillators, but was kidnapped by ISIS extremists on Boxing Day, shortly after making the 4,000-mile journey to the town of Al-Dana.

A fan of Phil Collins, which he enjoyed playing as he drove, Mr Henning was incredibly popular and during one trip insisted on sleeping inside his ambulance instead of a hotel to save money so it could be donated to the refugees instead.

Kasim Jameel, leader of the convoy on which Mr Henning was travelling when he was kidnapped, described his friend as a ‘big softie.’

Dr Shameela Islam-Zulfiqar, who was also in the convoy, said Mr Henning was ‘remarkable.’

‘He’s such a compassionate and selfless human being,’ she said. ‘It just simply wasn’t enough for Alan to sit back and just donate or raise awareness.

He had to get up and do something about what he’d seen Every time the convoys went he had a yearning to go. That really motivated him, to see, practically, first-hand the difference he was making.’ 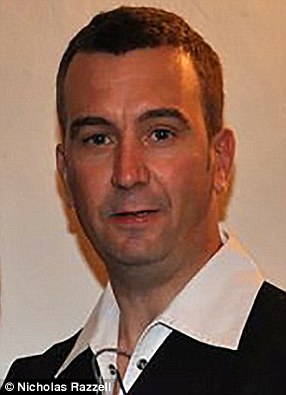 David Haines, who was beheaded a week after Steven Sotloff, was the first British victim of Jihadi John

David Haines, who was beheaded a week after Steven Sotloff, was the first British victim of Jihadi John.

The father-of-two, from Holderness, East Yorkshire, was taken hostage while working for relief agency ACTED in Syria in March this year.

He was captured near the Atmeh refugee camp, just inside the Syrian border with Turkey.

For more than two decades, he travelled with aid agencies through Syria, Libya, the former Yugoslavia and South Sudan.

He dedicated his life to promoting peace in places of violent conflict and oversaw projects to save civilians from land mines.

The 44-year-old was described as a hero by his family, who were inspired by him to travel the world on further aid missions.

He had a teenage daughter in Scotland from a previous marriage with his first wife, and a four-year-old daughter, Athea, in Croatia from his second wife.

Mr Haines was brought up in Perth, Scotland, and studied at Perth Academy before joining the military aged 17.

According to his online CV he spent 11 years in the military, holding ‘various positions covering security and threat assessments in a number of different countries’ between 1988 and 1999.

It did not specify with which armed forces he served, although his ISIS execution video claimed he had been in the Royal Air Force.

His brother Mike later confirmed this, saying he was an engineer.

26-year-old who was helping refugees while living in Beirut 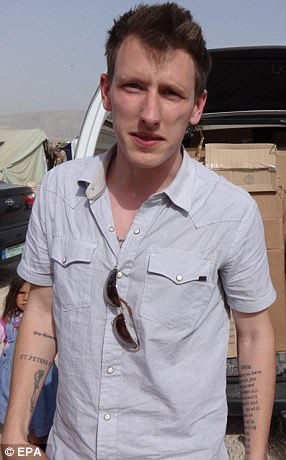 Peter Kassig, a 26-year-old from Indiana, was beheaded by ISIS executioner Jihadi John in November 2014

The Iraq war veteran, who was living in Beirut to provide relief for refugees of the Syrian crisis, was beheaded by ISIS executioner Jihadi John, in November 2014.

Writing on his profile page on fundraising website FundRazr, Mr Kassig said he had previously worked as a medic in a hospital in Tripoli, Lebanon.

He said: ‘When I first started this cause to help those in need, I was on my own but I saw first-hand the shortages in available resources and supplies for people who were suffering in Lebanon, Syria, and Turkey as a result of the violence.

‘The amount of feedback and support from people all around the world motivated me to get organised and develop a platform through which people could send donations to support the continuation of my work.’

He was honourably discharged for medical reasons after a brief tour and returned to the United States to study political science.

However, in 2010, he decided to take time off from his studies and began his certification as an emergency medical technician.

He then decided to travel to Beirut to try and help those in need as a result of the Syria crisis.

It was after a short time in the country that he started up his own aid group, SERA.

Few details are publicly known about how Kassig was taken captive. 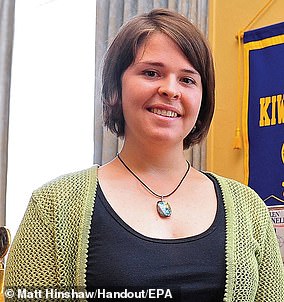 American Kayla Mueller was a humanitarian aid worker who was kidnapped and taken hostage in August 2013 after leaving a Doctors Without Borders hospital in Aleppo, Syria.

She was kept as a sex slave by ISIS leader Abu Bakr al Baghdadi, who raped her repeatedly during her captivity.

The fanatics reportedly demanded 5 million euros from Mueller’s family, telling them that that they would send a picture of her body if they were not given money.

Kotey has admitted having contact with her, adding: ‘I took an email from her myself. She was in a room by herself that no one would go in.’

Her death was reported in February 2015 and her name was used as the codeword for the daring US raid that killed her once captor.

Kayla’s body has never been found and her parents live in hope her remains will be recovered.

Mother Martha said: I want people to see the light in Kayla in such utter darkness, how she just said there is always light.