Ryan Pyle is the host and producer of the travel adventure show, “Extreme Treks.” Ryan Pyle Like many travelers, Ryan Pyle’s upcoming plans have been put on hold. Yet this adventure photographer and TV show producer has learned a lot about adapting to circumstances from having visited some of world’s […]

Like many travelers, Ryan Pyle’s upcoming plans have been put on hold. Yet this adventure photographer and TV show producer has learned a lot about adapting to circumstances from having visited some of world’s the most remote and rugged places.

As the host of the series “Extreme Treks,” Pyle and his crew set off to visit and film in the far corners of the planet, where for the past three years they have gone to Oman, Argentina, Papa New Guinea and Tibet.

It was Pyle’s experience living in China after graduating from the University of Toronto that led him to become a storyteller. As an undergrad, the native Canadian became fascinated with China through taking classes modern Chinese history and politics. He then decided to move to China post-college.

Living in China left more than a lasting impression on Pyle.

“After exploring the country a little bit, I decided that I wanted to dedicate my life to storytelling and I thought that China had a lot of interesting stories to uncover because it was changing so rapidly,” remembered Pyle.

“Being a writer and a photographer, I definitely understood how to tell a story and where the key moments from in making content, so it wasn’t a huge leap,” remembered Pyle.

Pyle’s first TV venture was “Tough Rides: China,” in 2013 which had him and his brother Colin Pyle exploring around China on a motorcycle-driven journey.

Ryan continued the series with “Tough Rides: India” in 2014 and then “Tough Rides: Brazil” in 2016 as the host along with in between taping and releasing “Extreme Treks” in 2014 and then again in 2018.  Filming for the fourth season of “Extreme Treks” was under way, before the global pandemic led to border shutdowns and travel mandates, with on-set locations happening in Myanmar this past February and then Ethiopia in March.

Along with an accompanying camera crew and hired local guides, Pyle is a one-man company as a producer, director, host, and location scout. He doesn’t mind taking on the extra load

While global filming for “Extreme Treks” for the rest of 2020 is on hold, Pyle said that he aims for each season to be as diverse as possible. For example, with its most recent season, Pyle filmed in Russia, Iceland, Laos, Papa New Guinea, Bolivia, Argentina, Jordan and Uganda.

“It’s great to be able to just choose these locations and I’m constantly doing research and finding exciting places to go to and then hopefully to bring the television audience along with us,” said Pyle.

His experiences with filming “Extreme Treks” have been memorable in other ways. While in Russia, Pyle remembered when he and his film crew were high up on the side of Mount Elbrus, which is the highest mountain in Europe and the highest peak in the Caucasus Mountains. While walking on ice, they got caught in a lighting storm and quickly remembered they had a lot of metal equipment on themselves.

“We had to drop all of our metal [objects] and run back down the mountain,” Pyle said. “And that was a few hours of just a really scary kind of experience. So you know, these things can happen. It’s not the nicest thing, but that’s probably the one of the worst things I think that’s happened to us so far.”

Filming has also taught Pyle more about preparing ahead for a film location — as to what clothing and gear are essential — and how to adjust to any sudden scenario that comes his way. But for him overall being in remote places is a time for reflection.

“I get most of my ideas from my television shows when I’m out trekking and camping and being out in nature,” said Pyle, who now calls Dubai home. “I feel like the timeout in nature, you know, the thing I’ve learned most is who I am. And that kind of gives me confidence to keep doing what I’m doing. And I think that’s really wonderful.”

United to offer $250 coronavirus tests on flights to Hawaii

Fri Sep 25 , 2020
By Justin Bachman | Bloomberg United Airlines Holdings will offer on-the-spot coronavirus testing to customers flying to Hawaii who are willing to pay $250 to avoid a two-week quarantine on arrival. The carrier hopes the testing regimen can be expanded to help pave the way toward reigniting international travel, which collapsed […] 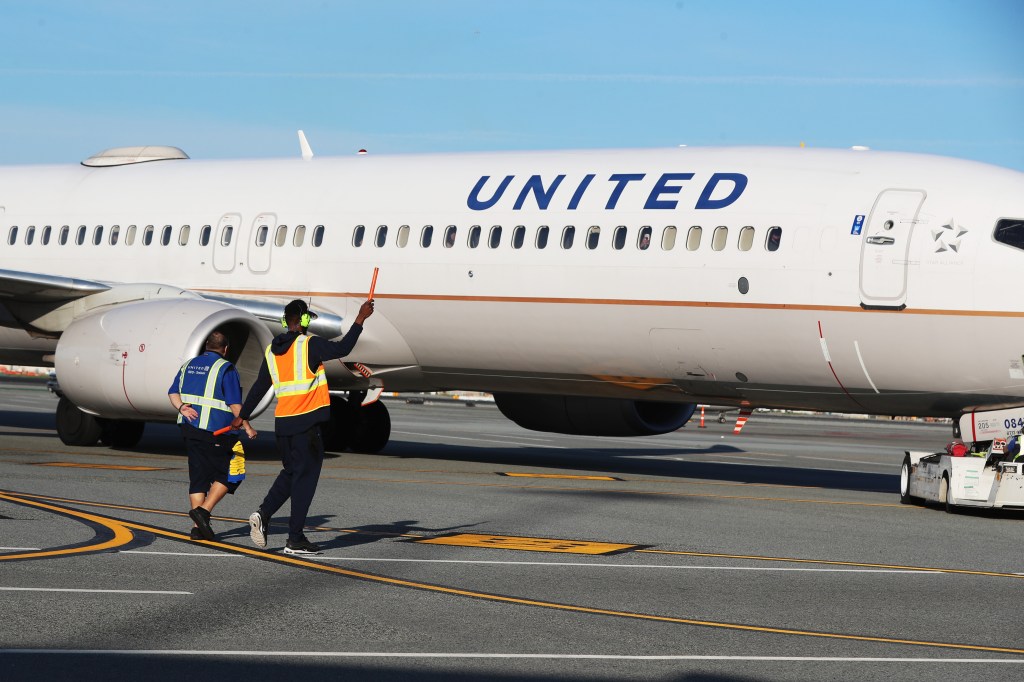