© Provided by Springfield (MO) KYTV KY3 SPRINGFIELD, Mo. (KY3) – Springfield city council approved a budget of up to $12 million that would be used for construction of a new hangar at the Springfield-Branson National Airport. Approximately $10.4 million covers the cost of construction, while the remainder will cover […]

SPRINGFIELD, Mo. (KY3) – Springfield city council approved a budget of up to $12 million that would be used for construction of a new hangar at the Springfield-Branson National Airport.

Approximately $10.4 million covers the cost of construction, while the remainder will cover other costs, including: paying the company which designed the hangar, paying the inspectors who oversee construction and financing fees.

American Airlines has had a maintenance operation at the Springfield airport since 1996, but its services have been growing during the last several years. An airport spokesperson said the hangar project is a way for the airport to grow and adapt to the needs of the airlines.

“That’s one of those things that airports do all the time,” spokesman Kent Boyd said. “You have to build those relationships. And of course, you hope the outcome is that over time they will be inclined to add air service in Springfield. Of course, doing this is no guarantee that they will. But this is one of those things that strengthens the relationships with airlines.”

In the past few years American has been transitioning to bigger jets. The jets serviced in Springfield generally have 50 seats, while larger ones have 76 seats. The bigger jets are too tall for the current hanger.

“You don’t really want an airline to leave your city when they have a facility like that,” Boyd said. “That’s one of those things that airports have to do all the time. You have to build those relationships.”

Now a larger hangar will hold three of the bigger jets. American has agreed to lease the hangar for 20 years, with two, five-year renewal options.

American is expected to have significant layoffs in October. But Boyd says he is not overly worried about the impact on local services.

Right now Boyd said the airport is still seeing a bit of an impact from the coronavirus pandemic.

“The bottom line is we’re still down 50 percent so we’re just chugging along,” he said. “People are always asking me when we’re going to go around the corner and we’re like everybody else. We don’t know. It really depends on the course this pandemic takes.”

Wed Sep 30 , 2020
Foreign, Commonwealth and Development Office (FCDO) advice has been a key indicator for where Britons can go on holiday. Recently, the UK government decided to take a more “targeted approach” to travel corridors which means islands and territories can remain off the quarantine list while mainland countries are added. Transport […] 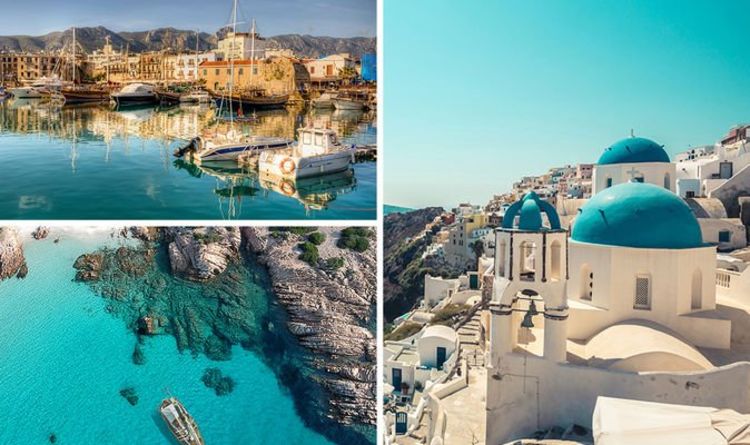