A 17TH CENTURY coaching inn has reopened its doors following a major refurbishment and now offers rooms and a nano brewery. Hook Norton Brewery has reopened the historic coaching inn The Crown at Benson on Friday night. Located in the pretty village a stone’s throw from Wallingford, the characterful 17th […]

A 17TH CENTURY coaching inn has reopened its doors following a major refurbishment and now offers rooms and a nano brewery.

Hook Norton Brewery has reopened the historic coaching inn The Crown at Benson on Friday night.

The Crown reopened its historic doors to the public on Friday to show off its refurbished rooms and bar.

Historically Benson was the first stop out of Oxford on the stagecoach route to London and it is Hook Norton Brewery’s desire to once more to turn The Crown into the top spot for travellers to stop, relax and recharge.

Read also: Thames in Oxford could get bathing water status even after sewage pollution

Hook Norton operations manager Edwin Pope said: “As a brewery, we are always looking to invest not only in pubs but also people, especially in these challenging times.

“Once we were able, we continued with the re-development of The Crown and can’t wait to bring both employment and enjoyment to Benson.

“We’re hoping to create a relaxed and inviting pub with a real community feel that also offers the perfect base for visitors to explore this beautiful and fascinating corner of Oxfordshire.”

The pub’s new kitchen will be overseen by head chef Robbie Gleeson, who says he will be ‘using quality, locally sourced produce treated with respect and care’ for the pub’s menu.

The head chef will be offering an A La Carte menu full of ‘flavourful’ dishes which will be complemented by daily signature dishes and will change in line with the seasons and availability of the finest ingredients.

Managers at The Crown believe the Grade II-listed building has been sympathetically restored whilst offering all the modern-day comforts.

The inn’s new cosy bar has a range of pub classic cask ales, lagers, and cider from Hook Norton Brewery on offer, as well as a gin and small cocktail menu and a varied wine list.

For those who want to stay the night at the coaching inn, guests can rest up in one of The Crown’s double en-suite bedrooms. There are six individually decorated rooms in total with ‘luxurious’ furnishings including roll top baths and ‘powerful rain showers’. Rooms range from £80 – £90 mid-week and £140 a night at weekends for bed and breakfast.

The relaxing and cozy environment of the inn spills out into its courtyard. Outside in The Crown’s rear courtyard sits the original Grade II listed stabling blacksmith’s and wheelwrights’ workshops which now offers a perfect sun trap for beer drinkers.

Hook Norton Brewery is also installing a nano brewery into one of the outbuildings so visitors can experience the sights, sounds and smells of brewing with the beer produced being available on the bar.

Things to do in this ghost town outside Vegas

Mon Oct 5 , 2020
The ghost town of Rhyolite, Nevada was briefly a thriving mining community, but all that’s left today are its ruins. Located about 120 miles northwest of Las Vegas, Rhyolite is situated on the edge of Death Valley National Park in a remote area that appears uninhabitable, but in 1904 the […] 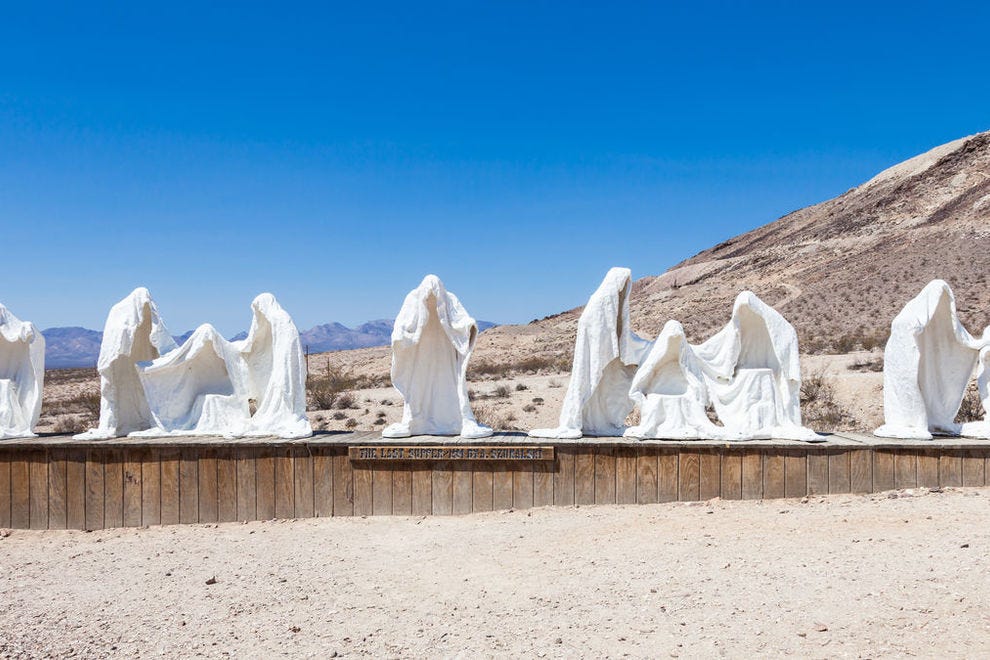