Anocht @7pm ar RTÉ ONE, Scannal looks back at The Brinks robbery, or the ‘heist of the century’ as it was called.

On the 24th January 1995, 5 armed men raided a Brinks Allied depot in Clonshaugh in North Dublin making off with nearly IR£3m, the largest cash robbery in the history of the State up to that point. It’s a story that unfolds like a Hollywood heist movie and its scandals and legacy resonate over 25 years later. To this day there’s only been one conviction in relation to this robbery and it was a journalist, not any of the thieves!

Minister for Justice Nora Owen was still in her first month in office the day of the Brinks Allied Robbery. The following day Progressive Democrat Leader Mary Harney stated in the Dáil that the Gardaí knew that a crime of this magnitude was going to be carried out. Minister Owen felt she had been blindsided as the Garda top brass had not shared what appeared to be some very important facts with her when briefing her immediately after the robbery.

Two days later the story for Minister Owen got worse when an article appeared in the Irish Independent. It gave details of a leaked Garda memo about an operation that had been keeping a North inner city Dublin gang under surveillance. It was believed they were planning a raid on a Security van and the surveillance operation had only been stood down at Christmas, just weeks before the robbery. The implication was that this was due to a lack of Garda resources, something that was roundly denied by the Gardaí. 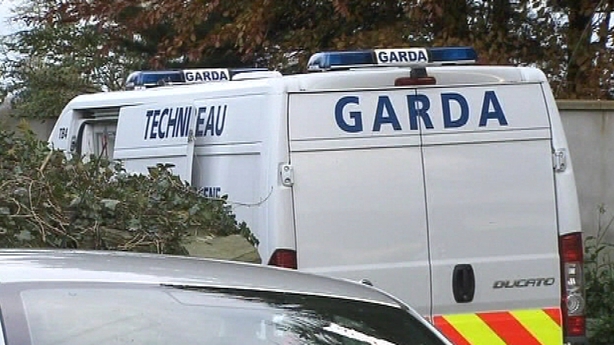 The pressure on Minister Owen increased even more when Veronica Guerin, a journalist with the Sunday Independent, was shot in the leg on her doorstep, the day after she had written about the ‘ice cold’ gang-leader she believed was behind the robbery.

As no convictions were forthcoming due to the lack of forensic, or any type of evidence, suspected gang members were questioned and released.  Nora Owen, looking back in tonight’s SCANNAL, states that the Brinks Allied robbery was the initial spark that started the move towards a different type of policing needed for a new breed of criminal. By October of the following year and following the murders of Veronica Guerin and Garda Jerry McCabe, the different government departments that had been working towards a solution,  finally set up the Criminal Assets Bureau.

In 1999, CAB brought a case against the man they named in court, as the prime suspect for the Brinks Allied Robbery. Gerry Hutch aka “The Monk” would finally reach a settlement with CAB, but in 2008, he revealed, in quite a shocking interview on Prime Time, that as far as he was concerned that settlement was just about tax fraud. He admitted he was a convicted criminal but not a convicted armed robber. He felt the media had painted a picture of him that was not a true reflection of the law-abiding citizen he had become, with his Carry Any Body limousine service.

No money directly related to the Brinks Allied robbery has ever been recovered.  The ultimate scandal in a story with so many questions, is that the only conviction to this day has been that of journalist Liz Allen and Independent Newspapers in December 1995 under the Official Secrets Act, for the publication of that leaked Garda memo. Despite the success of CAB, whoever was behind the Brinks Allied Raid is still free and 25 years on the State continues to try to bring them to justice.