By Tracy Rucinski and David Shepardson CHICAGO/WASHINGTON (Reuters) – U.S. airlines were again holding out hope for another $25 billion in payroll aid after House Speaker Nancy Pelosi and Treasury Secretary Steven Mnuchin discussed the possibility of standalone legislation for the struggling sector on Wednesday. Their conversation was the latest […]

By Tracy Rucinski and David Shepardson

CHICAGO/WASHINGTON (Reuters) – U.S. airlines were again holding out hope for another $25 billion in payroll aid after House Speaker Nancy Pelosi and Treasury Secretary Steven Mnuchin discussed the possibility of standalone legislation for the struggling sector on Wednesday.

Their conversation was the latest in a series of turbulent developments on relief prospects in recent weeks for airlines, which last week began the furlough of tens of thousands of employees.

Airline shares jumped on Wednesday after sinking abruptly a day earlier on remarks by President Donald Trump that his administration would abandon talks with congressional Democrats over a major stimulus package until after the Nov. 3 election.

Pelosi asked Mnuchin by phone on Wednesday to review DeFazio’s bill “so that they could have an informed conversation,” her spokesman, Drew Hammill, wrote on Twitter.

They spoke again on Wednesday evening for 20 minutes and agreed to continue discussions on Thursday, Hammill said.

A separate Republican-led attempt to pass standalone legislation in the Senate also failed after opposition from three Republican senators including Rick Scott of Florida.

A spokesman for Scott told Reuters on Wednesday he was waiting to hear whether an amendment to that proposal would get a vote.

The Republican bill proposes taking unspent money from a first COVID-19 relief package, while the House Democrats’ proposal does not include any cuts to existing spending to fund the program.

Without unanimous consent, any standalone bill would have to go to both chambers for a vote, but Senate Majority Leader Mitch McConnell has said the Senate, battling some COVID-19 cases, would be out until Oct. 19.

Pelosi’s conversation with Mnuchin came as the Trump administration signaled possible piecemeal legislation for airlines a day after abandoning talks over at least $1.6 trillion in additional coronavirus relief funds.

A key component of fresh airline relief is to keep workers on the job for another six months. A prior $25 billion airline payroll support program expired on Sept. 30.

American Airlines and United Airlines began the furlough of 32,000 workers last week, and tens of thousands more at those airlines and others have agreed to voluntary leaves or reduced hours. Southwest Airlines has warned it will have to carry out the first furlough in its history if workers do not agree to pay cuts in the absence of federal aid.

U.S. airlines urged top House and Senate leaders to advance a standalone bill in a letter on Wednesday, warning that many more job losses are expected across the industry in the weeks ahead if aid is not extended.

The letter was signed by the main industry lobby, Airlines for America, and a dozen unions.

(Reporting by Tracy Rucinski in Chicago and David Shepardson in Washington; Editing by Matthew Lewis and Peter Cooney)

Thu Oct 8 , 2020
The MarBella Corfu Hotel has been included on the list of the Top 30 Resorts in Europe that was recently released by Condé Nast Traveller (CNT). “We are very proud that especially this year, amid difficult times for Greek and global tourism, the guests who chose to […] 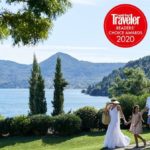