“It’s no surprise that hotels have fallen further and haven’t recovered as fast,” said Robin Rossmann, managing director at STR, during a late-July webinar hosted by Cloudbeds, a hospitality management software company. “The advantage that short-term rentals have had is the increased focus on leisure and a high proportion of long-term stays, which have been a big chunk of demand. Hotels are more business-oriented, and we know [that demand has] been decimated.”

Earlier this summer, STR teamed up with short-term rental data and analytics firm AirDNA to compare hotel and short-term rental performance across 27 sample markets globally from March 2019 through the week ended June 27.

The data indicated that hotels in those markets collectively saw occupancy bottom out with a 77% year-over-year decline in mid-March, while short-term rentals — including both “hotel comparable” studio and one-bedroom rentals and rentals with two bedrooms or more — reported an occupancy drop of roughly 45% at their lowest point.
Short-term vacation rentals have also bounced back more strongly. STR and AirDNA reported that hotels in the sample markets had rebounded to around 40% occupancy by the week of June 27. By comparison, short-term rentals had reached 58% to 61% occupancy by the same week.

“If you’re going to stay in a place for a month or two, you’re looking for a very particular type of space,” said Scott Shatford, founder and CEO of AirDNA. “You’re looking for a kitchen, more space, laundry. People also want to be isolated, and short-term rentals offer that.”

Airbnb, as well as OTA giants Expedia Group and Booking Holdings, have reported similarly encouraging short-term rental booking activity. Airbnb, which in August cemented plans to go public, recently reported that it booked more than 1 million nights of future stays on July 8, the first time the platform had hit that milestone on a single day since March 3.

Likewise, Booking Holdings said alternative accommodations made up 40% of new bookings in its second quarter, a higher share than normal, while Expedia attributed a positive trend in total gross bookings for June to its Vrbo vacation rental arm.

Classic Vacations, which is an Expedia Group company, recently added inventory from Vrbo. 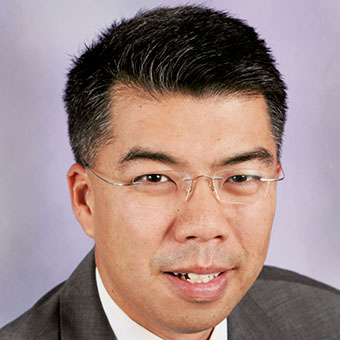 “The week-over-week growth rate of that product has been fantastic for us,” said Classic Vacations president David Hu, adding that demand for high-end rentals has been especially high.

“For us, it’s a matter of getting advisors to understand that we have that product and how to book it,” Hu said.

Like Classic, Pleasant Holidays recently bolstered its vacation rental options, offering advisors access to a broader portfolio of commissionable apartments, private homes and other alternative accommodations across Mexico, the Caribbean, Hawaii, Japan and the U.S.

According to Pleasant Holidays CEO Jack Richards, the company has put a particular focus on growing its domestic rental options in markets like Lake Tahoe; Fort Myers Beach, Fla.; and Hilton Head and Myrtle Beach, S.C., as “those seeking to stay closer to home during this time” scout for desirable leisure drive-to destinations.

Fetch My Guest is the parent company of independent vacation rental manager network Stays Group as well as a partner of California-based Beach House Rentals. Its CEO, Vince Perez, said, “Our phones have not stopped ringing. We’re sold out in some places and seeing more bookings toward the tail end of summer and trailing into October, November and even parts of December.”

“The big question was whether people concerned about health and safety would actually book a short-term rental,” said Galantini. “But what’s happened is that the vacation rental product has become attractive to travelers, because safety concerns around renting someone else’s home have been balanced against the safety concerns of staying in a hotel with shared spaces. Privacy is the priority in a guest’s mind.”

Jeri Clausing contributed to this report.