From March 17 to Aug. 1, the Wampler House Boutique Hotel Bed & Breakfast Inn was completely closed for business. This meant zero revenue for owners Zack and Donna Malham who rely on the business as their sole source of income.

“Without heads in beds, we’re dead in the water,” Zack said in June.

The couple’s application for the U.S. Small Business Administration’s Economic Injury Disaster Loan was finally approved Sept. 4, four and a half months after they first applied. It was their second time applying for the loan. They received more than half of what they applied for, Zack said.

“We never gave up, and I can’t tell you how many people we know, honestly, that did give up,” he said.

Just two days later, one of the bed-and-breakfast’s main air conditioning units broke down. The couple paid $3,500 to fix it, but they wouldn’t have had the money to pay for it without the loan, Zack said.

“I told Donna – I said, is that providential or what?” he said.

In late April, the couple first applied for the federal Economic Injury Disaster Loan, which offered 30-year low-interest loans for small businesses and nonprofit organizations. Their application was rejected, and they were put at the end of the line after millions of applications from around the U.S when they applied again.

“If you don’t continue to advocate for yourself – we did not give up, and it was four months, four aggravating months,” Zack said. “This whole time, I had the patience of Job.”

Todd Saxton, associate professor at IU-Purdue University Indianapolis’ Kelley School of Business, said on both the individual and organizational levels, those more well-off and on the higher end of the socioeconomic spectrum have fared well in the U.S. during the pandemic, while the underprivileged and the smaller businesses have even less.

“And hospitality is one of those industries where the suffering has been wide and deep, from large to small companies,” he said. “Travel and tourism are still under water.”

Zack said this was not the first time that the couple has had to deal with challenges in their adventurous life.

Exactly five years ago on Sept. 29, the couple packed up their belongings, waved goodbye to their 40-year stay in Colorado and drove back to Bloomington to pursue their dream of running their own B&B in the city where they first met, dated and got married. For 90 days, they had to stay at Donna’s mother’s house while waiting for their deal for Wampler House, which is located at 4905 S. Rogers St., to come through.

Since reopening at 50% capacity Aug. 1, Zack said the rooms available are almost always booked or occupied. There have been more weekday guests staying longer periods than before. He said they have been even busier than before the COVID-19 pandemic, and this is exactly what they signed up for.

Andrew Butters, assistant professor at the IU Kelley School of Business, said although occupancy rates and revenue per room have both sunk in the hospitality industry, small and mid-scale segments like B&Bs have not decreased as much as luxury or large-scale hotels.

Consumers prefer shorter trips within driving distance because of concerns about plane travel during the pandemic, he said.

Zack said after half a year since shutting their doors mid-March, he feels humbled and thankful good things came their way. But without their hard work, they wouldn’t be where they are now.

“I know that the universe is aligned, and I know it works, but it only works for those who want to work with it,” he said.

Three and a half months ago, the Malhams were uncertain about reopening, let alone seeing customers flock in.

“If COVID has different plans, then so be it,” Zack said in June. “But at least we’re fighting to stay afloat.”

There was no revenue for the couple for four and a half months since they shut down mid-March. Although they were allowed to reopen on May 15, as many other local B&Bs did, the couple decided to stay closed. It would be like rolling out the red carpet for COVID-19 if they let customers in too soon, Zack said.

During that time, the couple lived on social security and paid their housekeeper, their only employee, through the federal Payment Protection Program.

But to keep their B&B business, they had to keep paying out of their own pockets for insurances, utilities and maintenance fees.

“The place drinks money like it’s lemonade,” Zack said. “It costs a lot to run it because of the effort we put into it to make it a top-drawer operation.”

The Malhams sought a variety of local, state and federal grants and loans to keep their business alive. Over the summer, they received $8,900 from the Monroe County Food & Beverage COVID-19 Virus Relief grant, but Zack said it was only enough to help them make it through to July.

But now the couple’s hardest time has come to a close. On Sept. 25, the couple’s loan forbearance application was also approved. Exactly four days later was the five-year anniversary since the couple moved from Colorado back to Bloomington, where their story began.

On Zack and Donna’s calendar, the quote for September 2020 is from Alexander the Great. When Zack flipped the calendar page on Sept. 1, he had no idea that three days later his loan application would be approved.

The quote read, “There is nothing impossible to him who will try.” 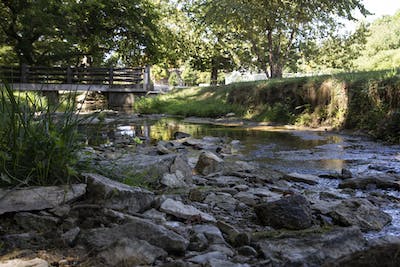 McRobbie noted Jordan’s work and values don’t align with the mission of IU. 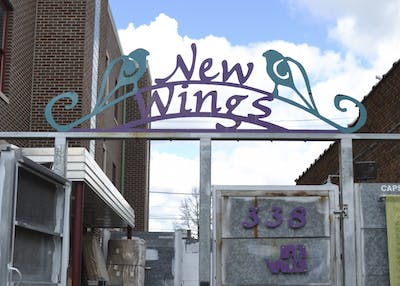 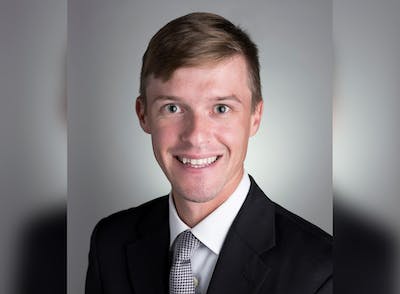 Two IU professors comment on how IU will respond to the COVID-19 recession.