Popular actress and model Zarnish Khan is on an adventurous road trip to Jebel Jais in the United Arab Emirates (UAE). The Jo Tu Chahey star took to her social media account on Instagram to share some breathtaking clicks with her fans and followers. 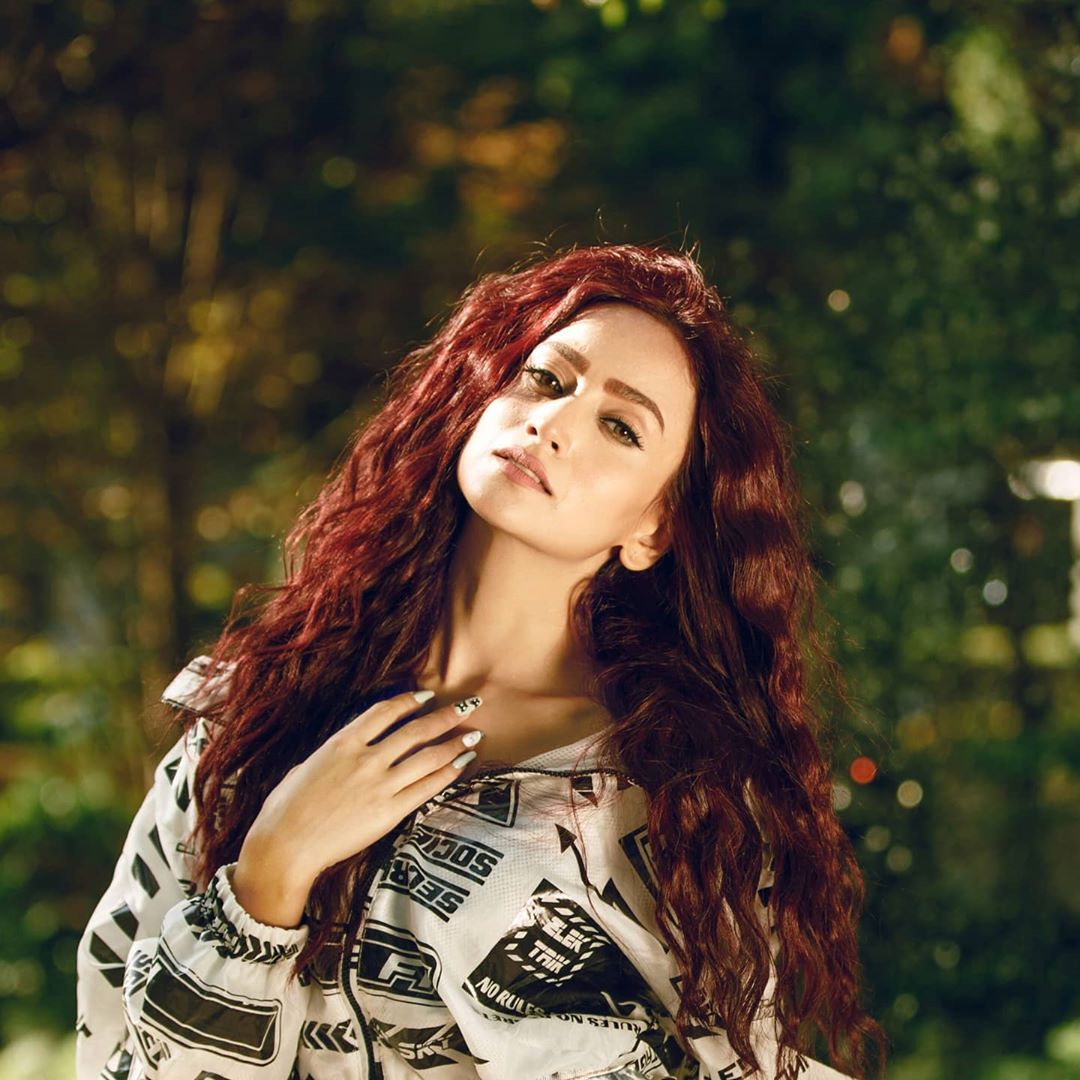 Zarnish Khan is a talented model turned actress who has quickly become one of the most popular figures in the showbiz industry. Despite having no professional experience or coming from a family with any artistic background and getting married at just 18 years of age, Zarnish has worked tirelessly to earn her place in Pakistan’s competitive entertainment industry. In a short span of time, the Sun Yaara star has gained a large fan following as people simply love her charming personality and acting skills.

Zarnish Khan Gets a Birthday Surprise From Hubby [Pictures]

Recently, the actress took some time off from her busy schedule to enjoy a nice vacation in the UAE. Zarnish is feeling adventurous as she decided to take a road trip to the exotic Jebel Jais Mountains.

Wearing cool red top with matching sneakers and paired with some stylish blue jeans, Zarnish is giving her fans some serious #vacationgoals. Check it out! 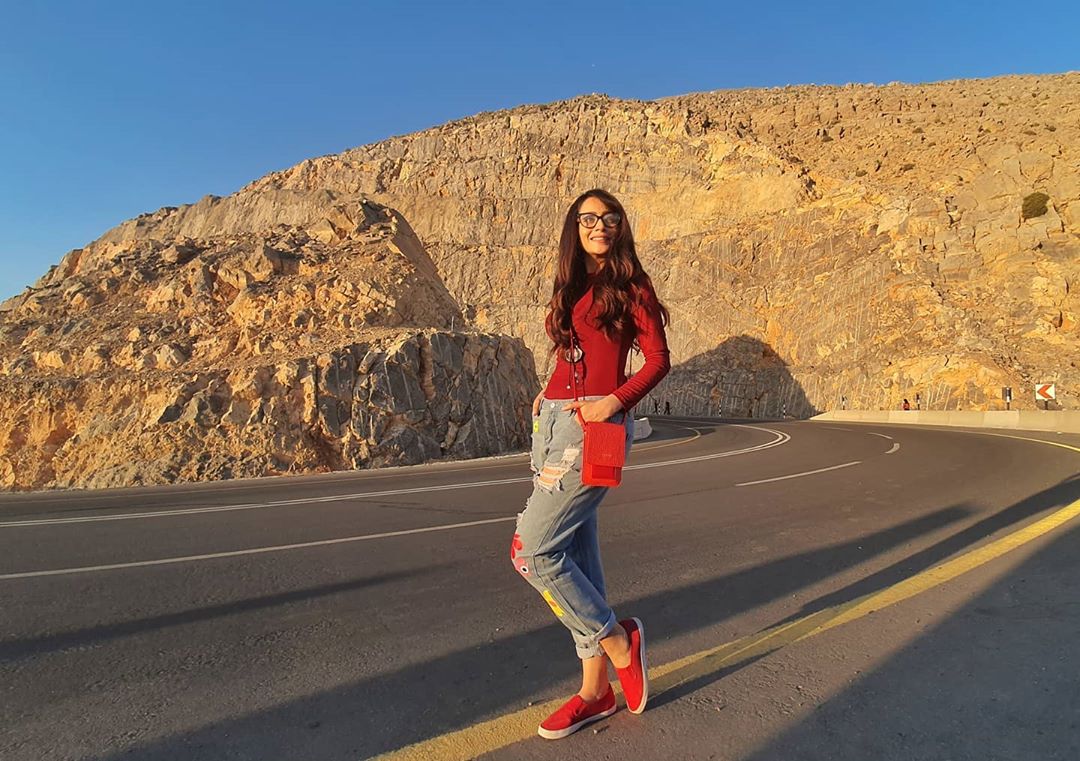 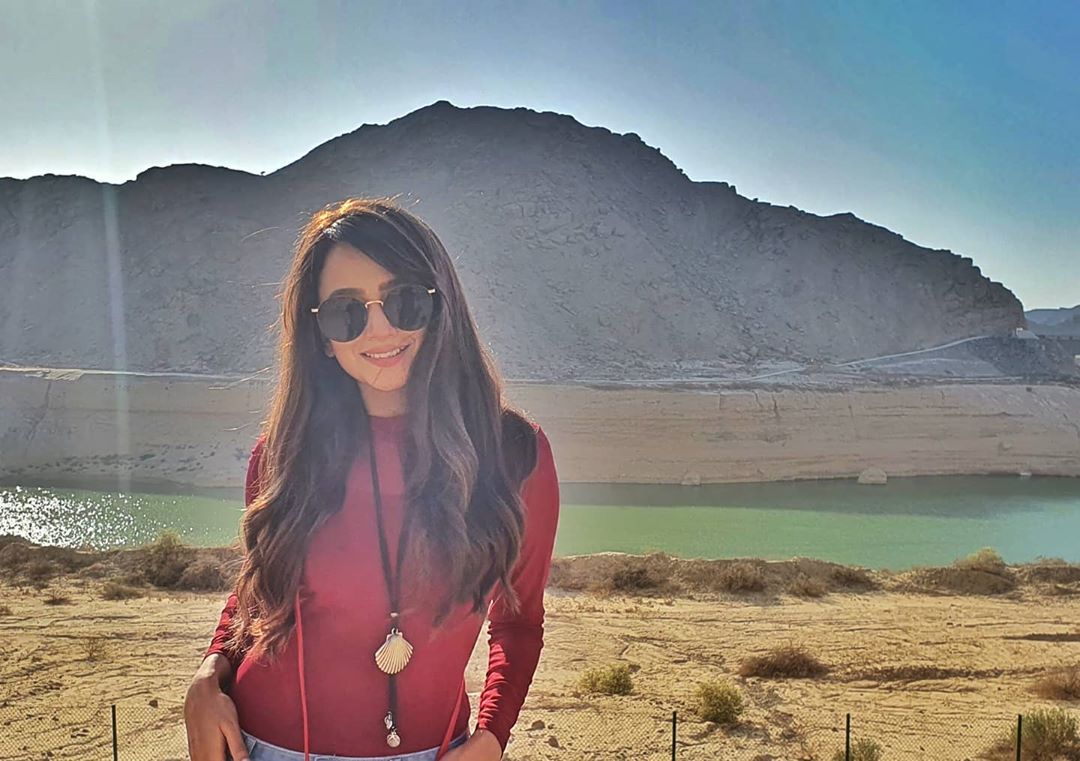 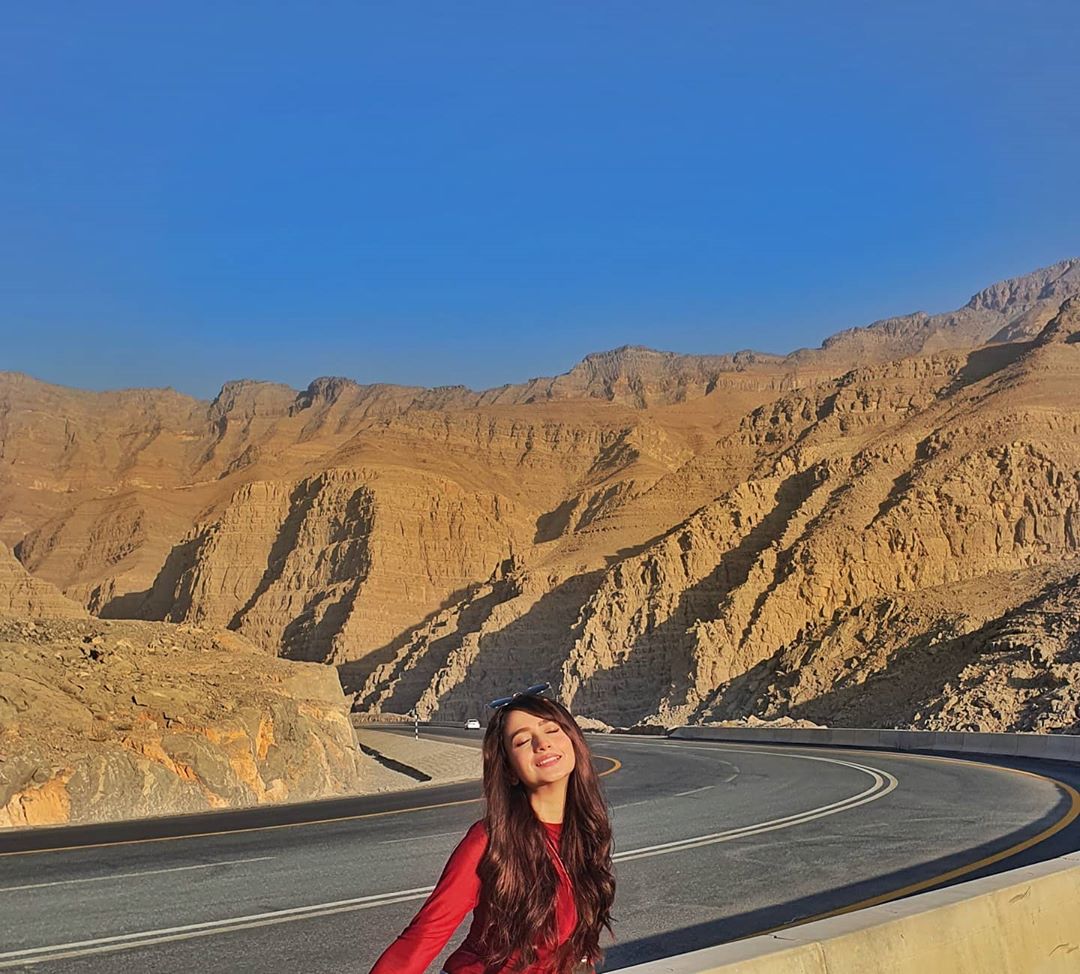 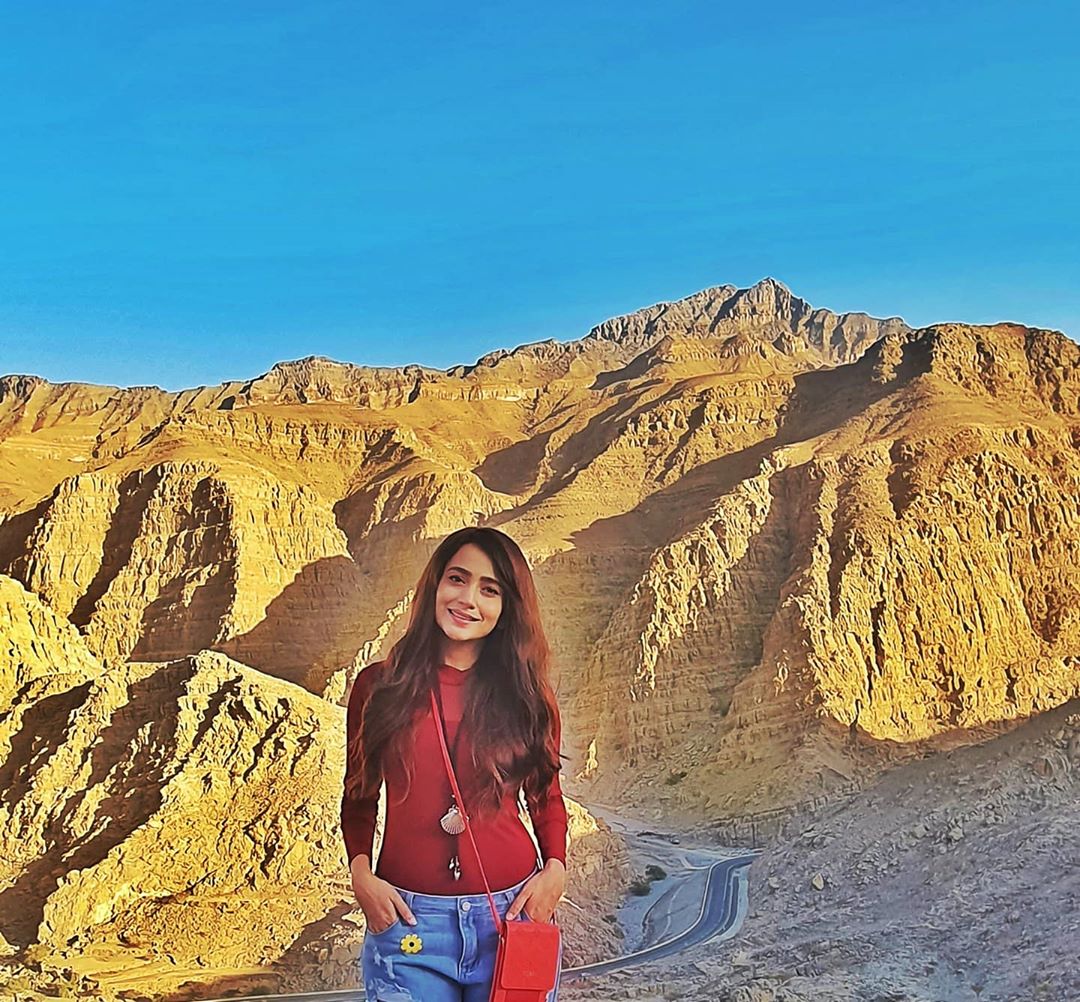 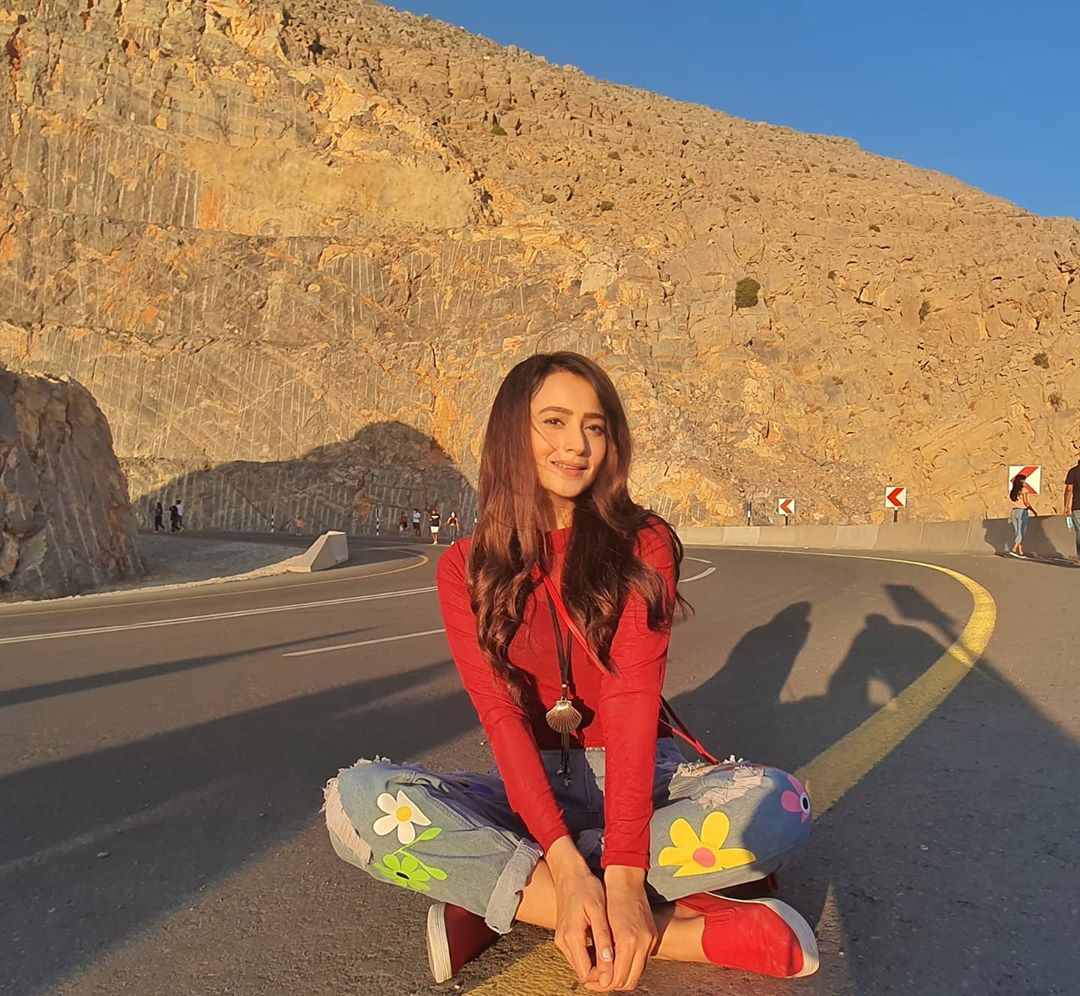 Jebel Jais is the highest peak in the UAE as it’s part of the majestic Hajar mountain range that were formed more than 70 million years ago. Located in the eastern part of Ras Al Khaimah between Oman and the UAE, Jebel Jais is 1,934 meters above sea level. The mountains boast breathtaking scenery and thrilling adventures for tourists around the world. It is definitely worth a visit.

Which place would you like to take a road trip to? Share your suggestions in the comments below.